Minister for Finance Michael Noonan has told the Committee on Finance, Public Expenditure and Reform that the economy is expanding again and growth should be on target.

However, Mr Noonan said external growth had deteriorated over the summer.

The committee is considering allocations for public expenditure for 2013.

Mr Noonan said tax revenues in the first half of the year were ahead of expectations and that he was confident that the 8.6% of GDP deficit target would be met this year.

He conceded the domestic economy was weak, but insisted that there was a potential there that depended on confidence.

Mr Noonan also said that national debt and personal debt were the main drags on the domestic economy.

Minister for Public Expenditure and Reform Brendan Howlin said the meeting enhances the democratic process in letting the committee have an idea about the upcoming Budget.

However, Mr Howlin said the detail is not decided upon yet.

On next year's estimates, he said he would take all suggestions into considerations.

The minister said Live Register expenditure has affected the Social Protection budget, but he said this and other pressures are being tackled.

On public service reform, he said there would be greater use of shared services between departments and that the human resource headcount would be reduced.

A payroll shared service system will also be introduced.

On political reform, he said there would be greater openness and more efficient government, adding that 140 additional bodies would be added to the remit of the Ombudsman. 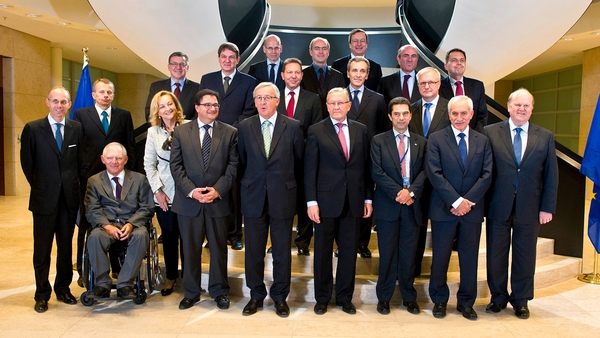