The Restaurants Association of Ireland says most restaurants are choosing not to implement calories on menus, four months after the Health Minister announced plans to introduce legislation to deal with the issue.

The association said James Reilly proposed changes in July of putting calories on menus of all restaurants, on a voluntary basis at first.

He then confirmed that he would bring forward mandatory legislation forcing restaurants to display calorie counts.

The association estimates this would cost the industry €110m.

It says the proposed changes to put calories on menus have not been supported by restaurateurs, who are struggling to get credit from banks.

It also said they will not be able to afford the estimated €5,000 it will cost to implement the changes.

RAI Chief Executive Adrian Cummins said that only a handful of restaurants have changed their menus to include calorie counts.

Mr Cummins said it is an unnecessary burden on restaurants that are already struggling to stay in business.

They are one of the biggest employment sectors in the country, he said, but if this legislation was to be brought in jobs could be lost. 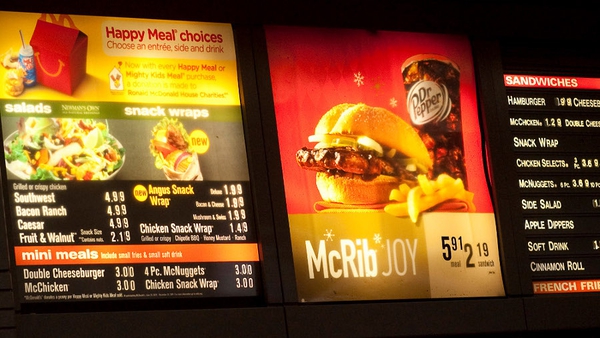