Bishop of Clonfert John Kirby has denied an Irish Times report that he knew or suspected that a priest he moved following allegations of child abuse continued to abuse children.

Bishop Kirby said: "Contrary to what is stated in today's Irish Times, I am not aware of an acknowledgement by 'Priest A' that he abused any child subsequent to October 1990, the date when I first learned of his sexual abuse of a child."

The bishop said he had not received any complaints that 'Priest A' has abused a child in either of the parishes he was transferred to.

He said: "I have neither knowledge nor suspicion that 'Priest A' abused a child in either of the parishes of Kiltormer or Creagh subsequent to October 1990."

Bishop Kirby said that he wanted to correct the public record on the matter.

"I regret that this again could serve to exacerbate the hurt which my earlier widely publicised remarks have caused to victims of child sexual abuse and to their families," he said.

A review of child protection practices in Clonfert was published in September by the National Board for Safeguarding Children.

It found that nine child abuse allegations had been made against four priests, including 'Priest A', between 1975 and 2011.

Bishop Kirby apologised to survivors for comments he made following the publication of the report, in which he said that 20 years ago he "hadn't a clue" how paedophiles operated and that he had believed that child abuse was a "friendship that crossed a boundary line".

Speaking on RTÉ's Drivetime, Irish Times journalist Patsy McGarry said he was standing by his story.

"We are confident about the story, and we stand over the story", he said. 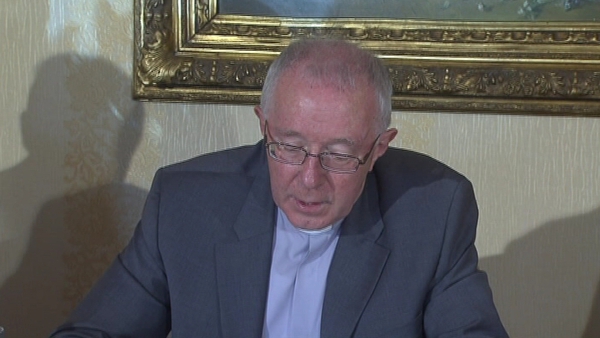