A luxury apartment block in Dublin is to be sold after the owners decided it was too expensive to fix breaches in fire safety regulations.

Around 130 people were forced to leave the Laurels development in Dundrum in July after it was discovered it did not meet proper safety standards.

The receivers, KPMG, has confirmed that the cost of repairing the building would be prohibitive and it has decided to put it on the market.

KPMG has been acting on behalf of Bank of Scotland Ireland.

Tenants had orginally been told they would be moved back into their apartments after three months.

KPMG had also said in July it had secured over €1m in funding to bring the building up to standard.

It is understood the cost of repair is estimated to be well in excess of this and tenants will not be able to move back to the building.

KPMG says it is assisting tenants in finding new accomodation.

Some tenants have described the news as upsetting.

They said the apartments were not just rented properties but homes where young children and old age pensioners had lived for a number of years.

Residents also expressed unhappiness with how KPMG had informed them of the problem, saying they were moved out at short notice in the belief they could move back after three months. 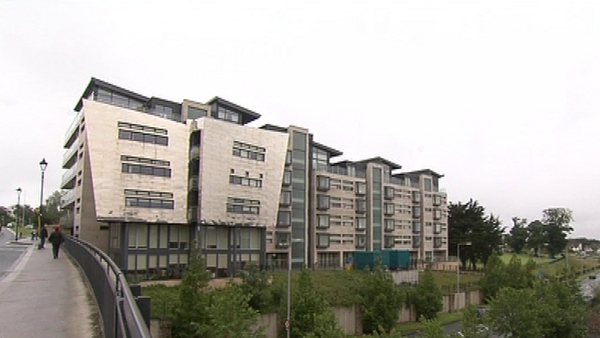 Dundrum apartment complex to be evacuated over fire safety breaches