British TV group BSkyB is “fit and proper” to hold a broadcast licence, Britain's media regulator has said after an investigation sparked by allegations of criminality at shareholder News Corp.

Ofcom said today it had cleared BSkyB of any wrongdoing after Rupert Murdoch's News Corp said journalists had hacked into phones at its now-defunct News of the World tabloid.

News Corp had been trying to buy the rest of BSkyB it did not already own when the revelations broke in July 2011.

The scandal led regulators to examine whether Mr Murdoch's group was an appropriate owner of the company.

"To date, there is no evidence that Sky was directly or indirectly involved in any of the wrongdoing either admitted or alleged to have taken place at News of the World or The Sun," Ofcom said.

James Murdoch, Rupert's son, is a former chief executive and chairman of BSkyB who had to step down from the role in an attempt to protect the company's reputation.

Ofcom said James Murdoch's conduct in relation to events at the News Corp newspapers had repeatedly fallen short, adding there was no evidence to suggest he had deliberately engaged in wrongdoing.

"Ofcom is right to conclude that Sky is a fit and proper broadcaster," BSkyB said.

"As a company, we are committed to high standards of governance and we take our regulatory obligations extremely seriously. As Ofcom acknowledges, our track record of compliance in broadcasting is good." 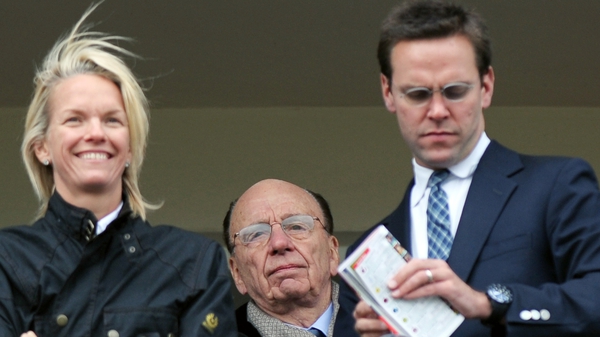