Taoiseach Enda Kenny has said yesterday’s plans to cut public service allowances were just a first step in squeezing the most out of the Croke Park Agreement.

Mr Kenny told the Dáil he will convene a meeting of the Croke Park Implementation Body next week to present the findings of ministers' assessments of the maximum savings that could be achieved.

He said the findings would be presented to management and unions, bearing in mind the need to minimise the impact on frontline services.

Mr Kenny was responding to Fianna Fáil accusations of a Government climbdown on plans to save €75m in allowances.

Meanwhile, teachers' unions said the removal of academic allowances for new entrants represents the third time since 2010 that the pay of new teachers has been cut.

The Association of Garda Sergeants and Inspectors said the garda rent allowance was recognised 30 years ago as being part of core pay.

It said yesterday's announcement equates to a pay cut for gardaí.

AGSI General Secretary John Redmond said the cuts seemed to be "a done deal" and there was very little they could do about it, except to make an appeal to Minister for Public Expenditure and Reform Brendan Howlin.

He also said some gardaí were finding themselves so financially stretched at the moment that they would qualify for Family Income Supplement.

Mr Redmond appealed to the Government to question whether this was a position it wanted to put gardaí in.

He said he had heard "scary stories" in the past of how stretched some gardaí were and that they were struggling to afford petrol for their personal cars at times. 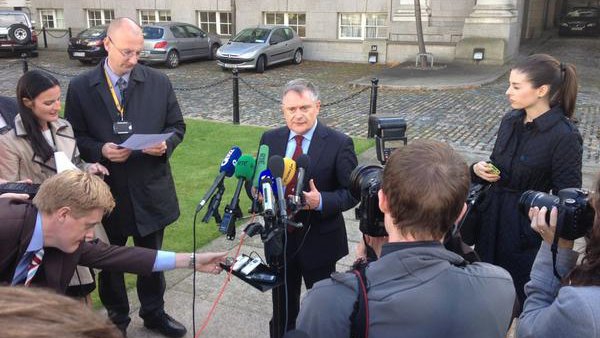