Minister for Public Expenditure and Reform Brendan Howlin has said the Government's savings targets for 2012 for public service allowances and premium pay will not be met.

Mr Howlin said 1,100 allowances had been notified to his department and over 800 business cases were made for the retention of the payments.

The minister admitted that just €3.5m will be saved this year from cutting allowances paid to public servants.

The Government had planned to save €75m through the reform of allowances and premium payments.

Addressing the media following publication of the plans, Mr Howlin would not put a figure on how much was likely to be saved through reform of the premium payments system this year.

But he said the Government was looking at ways of getting closer to the €75m target.

He said the targeted savings were not included in the Budget arithmetic and the overall plan for savings on pay this year will be met and surpassed.

Mr Howlin said around a third of total allowances currently paid to incumbent public servants will no longer be paid to new entrants. He said a further €250m worth of allowances will be subject to modifications.

He said the Government had decided not to target some allowances as they were considered to be part of core pay.

Mr Howlin admitted that the only allowance for existing staff that will be abolished is the one for staff travelling to meetings abroad.

Asked about how savings could be made from new entrants when there was a recruitment embargo in place, Mr Howlin said he hoped the embargo would not be in place forever.

He added that there will be some limited recruitment happening in some sectors.

Minister Howlin said the public service is expected to be 292,000 by the end of this year, a reduction which is 2,000 ahead of target.

There will also be a standardised annual leave system in the public service with reduced leave benefits for promoted staff and new entrants.

The Government said that allowances are, and will continue to be, a normal part of the pay structure in the public service.

That figure equates to 12% of overall public service pay costs of €15.4bn in 2012, which is 30% of the Government's current expenditure.

The Government said that the review of allowances aims to reduce the Exchequer pay bill by €3.8bn in the period 2009-2015.

Its target this year was to save 10% in overtime payments and 5% in allowances.

Education, excluding third level, had no overtime cost allocated, but €488m was spent on allowances in that year.

Several types of allowance paid to gardaí are to be abolished for new entrants, including rent allowance, clerical allowance and transport allowance.

The prison service spent €36m on overtime and €52m on allowances.

Cuts having 'disproportionate impact' on teachers

The Department of Education has argued that further reduction in allowances would make pay for teachers lower than other public servants.

In a document outlining the reasons for retaining a wide range of payments, the department said they are not allowances, but actually form part of the pay.

It said that the measures taken to date have had a disproportionate impact on new teachers.

The department also said the starting pay of new teachers had been reduced by 15% as opposed to 10% across the public service.

The business case documentation for the Army Ranger Wing allowance has been redacted. 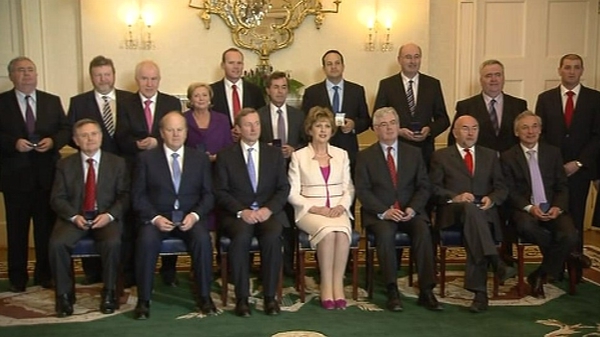