A Christian girl arrested in Pakistan for defaming Islam has been granted bail.

The move comes just days after police detained a Muslim cleric on suspicion of planting evidence to frame her in a case that caused an international outcry.

The arrest of the 14-year-old last month angered religious and secular groups worldwide, but protests in Pakistan attracted only a handful of supporters.

The girl would be reunited with her family at a location that was being kept secret for security reasons, an aide to Minister for National Harmony Paul Bhatti said.

The girl, identified as Masih, was accused by Muslim neighbours of burning Islamic religious texts and arrested.

However, police recently said a cleric had been taken into custody after witnesses reported he had torn pages from a Koran and planted them in Masih's bag beside burned papers.

Activists and human rights groups say vague terminology has led to the anti-blasphemy law's misuse, and that it dangerously discriminates against tiny minority groups.

"This child should not have been behind bars at all. All charges against her should be dropped," the international rights group said in a statement.

"Pakistan's criminal justice system should instead concentrate on holding her accuser accountable for inciting violence against the child and members of the local Christian community."

More than 1m people globally have signed a petition started by Masih's father for her release.

But despite the international condemnation, many Pakistanis support the blasphemy law.

Last year, Punjab province governor Salman Taseer was shot dead by his bodyguard for suggesting the law be reformed.

Lawyers hailed Mr Taseer's killer as a hero, tossing rose petals at him after he was arrested.

Mr Taseer had been defending a Christian woman, Asia Bibi, who was jailed on blasphemy charges. She is still in jail on death row.

Two months after Mr Taseer's murder, Minister for Minorities Shahbaz Bhatti, a Christian, was killed by the Taliban for demanding changes to the law.

Christians, who make up 4% of Pakistan's population of 180m, have been especially concerned about the blasphemy law, saying it offers them no protection.

They compain that convictions hinge on witness testimony and are often linked to vendettas. 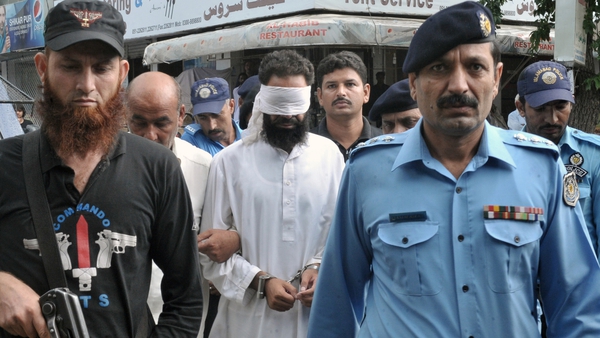