US Defense Secretary Leon Panetta says attacks on the Syrian city of Aleppo are putting the nail in the coffin of President Bashar al-Assad's government.

Mr Panetta, speaking at the start of a weeklong trip to the Middle East and North Africa, did not offer any new steps the United States might take even as he renewed calls for a united international effort "to bring the Assad regime down."

Helicopter gunships opened fire over Aleppo and the thud of artillery boomed across neighborhoods as government forces and rebels fought for control of the city.

Mr Panetta mentioned the need to "provide assistance to the opposition," but did not appear to signal any new support.

The US has said it is stepping up assistance to Syria's fractured opposition, although it remains limited to non-lethal supplies such as communications gear and medical equipment.

The British-based Observatory said 26 people were killed in Aleppo yesterday and 190 across Syria.

It reported fighting in Deraa, Homs and Hama. There was no way to verify its figures.

Interior Minister Mohammad al-Shaar, who was wounded in the attack, told state media the assassination had only hardened the authorities' determination to crush the revolt.

Reports from Syria cannot be independently verified due to state restrictions on foreign media. 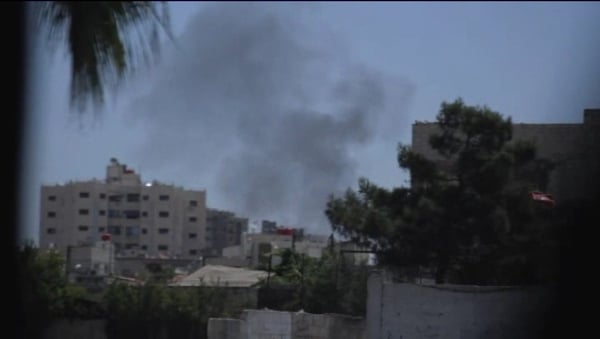