The annual ceremony to commemorate the Irish of past wars was held at the National Memorial Gardens in Islandbridge in Dublin this afternoon.

The event, which was organised by the Royal British Legion Ireland, remembered in particular the involvement of nearly 500,000 people from the island of Ireland who served during the First World War.

Minister for Children Frances Fitzgerald and ambassadors from many countries attended.

One of the wreaths laid was on behalf of soldiers who were recently pardoned by the Irish government for desertion during the Second World War.

The Number 1 Band of the Defence Forces and the Tramore Ladies Choir performed.

The Archdeacon of Ferns, the Venerable Christopher Long, and the Head Chaplain to the Defence Forces, Monsignor Eoin Thynne, officiated.

After the Last Post, the President of the Royal British Legion in the Republic of Ireland, Major General David O'Morchoe, led reflections on those who died.

The ceremony concluded with a poem by the Dublin politician and soldier Thomas Kettle, who was killed during the Battle of the Somme in 1916.

Entitled "To My Daughter Betty"' it was read by RTÉ Political Correspondent David Davin-Power.

The gardens were built by ex-servicemen in the 1920s and refurbished in the 1980s.

Members of the public attended this afternoon’s ceremony. 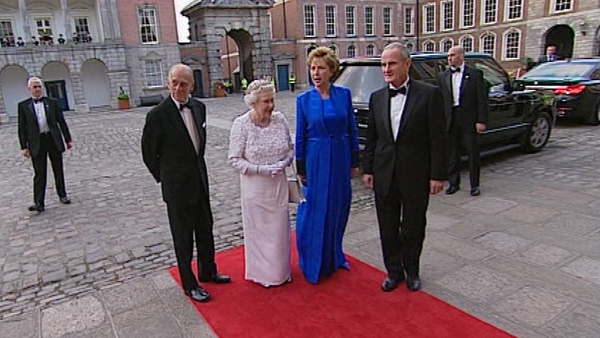