Police in Northern Ireland are to launch a murder investigation into the deaths of 13 people shot dead by British soldiers in Derry on Bloody Sunday in 1972.

A 14th man, injured that day, died a number of months later.

The move comes after the PSNI and Public Prosecution Service reviewed the findings of the Saville inquiry, which said none of those killed on 30 January 1972 was armed.

The police investigation is expected to take at least four years and involve a team of 30 detectives.

The Saville Inquiry said the Army had fired the first shots and were to blame for what happened.

The report by Lord Saville blamed the British Army for one of the most controversial days in Northern Ireland's history.

PSNI Chief Constable Mike Baggott said this afternoon that matters contained in the report should be investigated but asked what the consequences were for keeping people safe now, if detectives were diverted from today's crimes.

"I cannot ask the people doing this to take on a whole raft of other tasks which may be serious by themselves," he told the Policing Board in Belfast.

Assistant Chief Constable Drew Harris said it had already been a long and resource-intensive investigation considering preliminaries with the prosecution service and added the matter would need to be brought to the Policing Board which oversees policing in Northern Ireland to assess priorities.

He said police needed to strike a balance between protecting life in the present day and the need to investigate historic crime from Northern Ireland's long conflict.

Controversial killings from the conflict have resulted in 46 inquests being heard, which require police input, an investigation into the death of solicitor Pat Finucane in 1989 and cooperation with the independent Historical Enquiries Team which is looking at all unresolved cases. 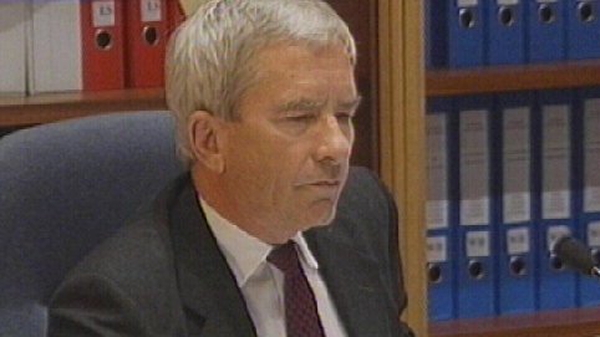