President of the European Central Bank Mario Draghi appears to have ruled out debt relief for Ireland's banking burden.

Mr Draghi appeared to suggest the country was not far from being able to return to the markets.

It showed the Irish believed fiscal stability was a "basic pillar for growth," he added.

The president was speaking after the ECB announced at its monthly meeting that it has decided to hold interest rates at 1%.

When asked about debt relief for the country's banking bailout, Mr Draghi said, following the Yes vote: "I don't think there was any grounds for a quid pro quo."

He said the spread on Government bonds had fallen far more for Ireland than for other countries.

This showed "a return to market access is not a far distant perspective," he added.

He said Ireland had made "substantial progress" on fiscal restructuring and bank consolidation.

Mr Draghi said the board of the IMF would be presented with a report on Spain on Friday.

The Spanish authorities had engaged independent assessments of its banking system and he added: "We await a realistic assessment of the need to recapitalise."

Earlier, Taoiseach Enda Kenny said he was writing to all of the leaders of the eurozone calling for a political solution to the banking crisis impacting the single currency.

He was responding in the Dáil to the Fianna Fáil leader Micheál Martin who asked about what was said in Mr Kenny's phone conversation with German Chancellor Angela Merkel, last Friday, following the referendum.

Mr Kenny described finding a resolution to the banking debt crisis as torturous and complex. He said a solution would have to be found by politicians and not technocrats.

Separately, the French Finance Minister insisted that the eurozone is ready to "mobilise very rapidly" to come to Spain's financial assistance "if the Spanish government wishes".

"We also respect the sovereignty of a great country like Spain... in relation to what request it expresses," Pierre Moscovici said at a press conference, implying that Madrid had not yet made such a request.

Urgency is mounting over Spain's finances, with Madrid needing help to find €80bn for bank recapitalisations in the midst of a deep recession brought on by the bursting of a property bubble.

Fears are rising on the markets that Spain will have to grab an international lifeline because it cannot raise the huge sums required to rescue its bad loan-ridden financial sector.

European shares jumped this morning as investors turned more positive on expectations that European central banks may intervene to bolster the global economy, although analysts warned gains may be short-lived unless major policy action is implemented.

Traders said investors were covering their short positions to protect themselves from the risk the European Central Bank may launch a new round of cheap loans, hint at an interest rate cut in the near future or restart buying peripheral bonds. 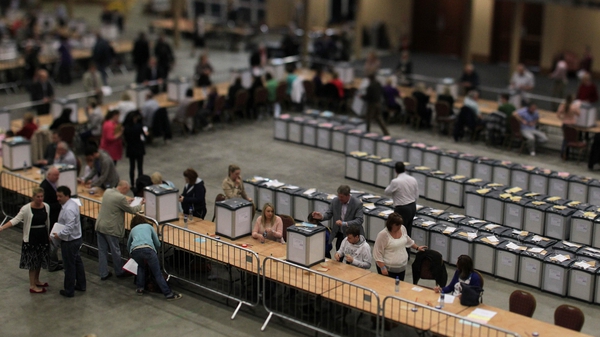