Former Liberian president Charles Taylor has been sentenced to 50 years by a special UN court in The Hague.

Taylor had been found guilty of backing rebels who murdered, raped and mutilated tens of thousands of people in an 11-year war that ended in 2002.

He is the first head of state convicted by an international court since World War Two.

Prosecutors had demanded 80 years. Both sides are expected to appeal.

Presiding judge Richard Lussick said there was no legal precedent by which to determine a sentence, but the term was intended to reflect Taylor's position of authority.

"He was found responsible for aiding and abetting some of the most heinous and brutal crimes in recorded history," he said, reading out the sentencing.

"Leadership must be carried out by example by the prosecution of crimes not the commission of crimes."

The sentence is intended to "underscore the gravity it attached to the betrayal of public trust."

Dressed in a blue suit and yellow tie, Taylor sat impassively through the roughly 45-minute reading at the Special Court for Sierra Leone.

Reacting from Sierra Leone, deputy minister of information Sheka Tarawalie said: "Today the people of Sierra Leone, the victims, and ordinary observers inside and outside the country would believe that some kind of justice has been done."

Authorities in Nigeria arrested Taylor in March 2006 as he tried to flee from exile after being forced to quit Liberia three years earlier, under international pressure to end that country's own civil war.

He was transferred to The Hague in mid-2006 amid security fears should he go on trial in Sierra Leone's capital Freetown.

Taylor's sentencing comes 66 years after Karl Donitz was sentenced to 10 years in jail by the International Military Tribunal at Nuremberg for his part in Nazi crimes during WWII.

Adolf Hitler had appointed Donitz his successor shortly before taking his own life in Berlin in 1945. 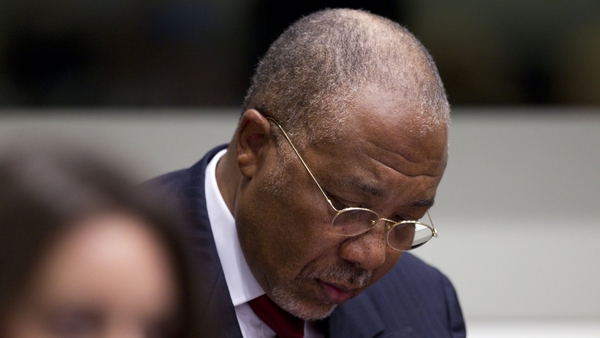