The prosecution in the Michaela McAreavey murder trial in Mauritius has begun outlining its case against the two accused men.

Hotel room attendant Avinash Treebhoowoon, 30, and floor supervisor Sandip Moneea, 42, are charged with the murder of the 27-year-old Co Tyrone woman in January of last year.

Mrs McAreavey was found strangled at the Legends Hotel where she was on honeymoon with her husband, John.

A jury of six men and three women was selected on the opening day of the trial yesterday.

This morning, lawyer Mehdi Manrakhan told the jury that a witness heard a scuffle taking place in room 1025 at the Legends Hotel on the day of the killing.

"He heard a female voice crying and then 'Agh, agh, agh' as if she was in pain."

He claimed the witness - Raj Theekoy - then saw the two men accused of the murder leave the room.

Mr Manrakhan added: "This was a dream honeymoon for John (McAreavey, her husband) and Michaela, which turned into a nightmare."

The two defendants deny the charge of premeditated murder.

The prosecutor said Mr McAreavey had returned to their room after his wife, daughter of Tyrone football manager Mickey Harte, failed to return from fetching biscuits to have with a cup of tea.

He had to get a member of the hotel staff to open the door when no-one answered.

"Medical evidence is such that there can be no doubt that Michaela had been brutally killed."

Police failed to take crime scene photos that may have helped in the murder investigation.

Defence lawyer Ravi Rutnah repeatedly challenged a Mauritian police photographer why certain supposedly relevant items and areas had not been assessed or captured in the hours after the Co Tyrone teacher was found dead.

As graphic images of the murder scene were shown to jurors, police constable Harris Jeewooth defended his work and insisted he only pictured what he was instructed to.

But Mr Rutnah, who is defending one of the accused Avinash Treebhoowoon, was not convinced.

"There has been catastrophic failure to take photos that may have been significant to this inquiry," he said.

At one point in the cross-examination, Mr Jeewooth revealed that the case was the first murder investigation he had ever worked on.

Rama Valayden, lawyer for co-accused Sandip Moneea, focused on the items discovered in room 1025, where Mrs McAreavey was found dead in the bathtub.

He paid particular attention to the biscuits she apparently left the poolside at the Legends Hotel to fetch moments before her death.

Mr Jeewooth said he had seen them in a half-opened drawer below a table in the bedroom when he first visited the scene.

But when shown a photo taken two days later, he acknowledged that the biscuit packet had been moved to the top of the table, even though the room had apparently been sealed off by police.

The defence team questioned the constable about the scene in and around room 1025.

Agreeing there was no fence cutting off the room from the beach it backed on to, the photographer revealed no photos were taken of the sand outside to check for footprints.

Mr Jeeworth said he could not remember if he had seen if there were CCTV cameras covering the room entrance and he had not pictured any.

The officer was asked to provide more details about a belt found on the floor, but he said he could not recall specifics.

The photographer was also challenged on the use of black and white photos. 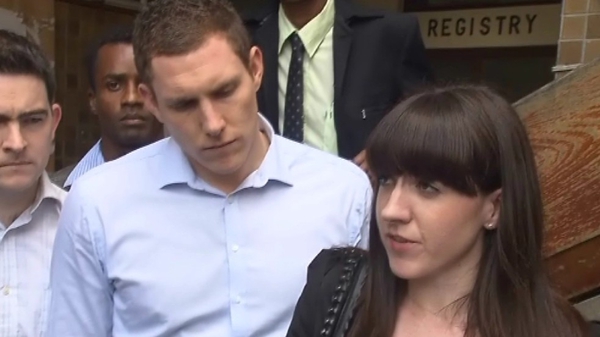 Two men on trial over murder of Michaela McAreavey in Mauritius