Over 1,000 people today attended a conference in Dublin aimed at planning a way forward for the Catholic Church here.

Its principal organiser, the Association of Catholic Priests in Ireland, has been at the centre of controversy since it became known that the Vatican has been censoring at least five of its members.

Many speakers at the event have expressed deep unhappiness about the handling by the church leadership of the clerical sexual abuse scandals.

The principal organiser, Fr Tony Flannery, did not speak because he has been silenced by the Vatican and ordered to spend six weeks praying and reflecting on some of his writings, which Rome considers unorthodox.

However, the association has said initiatives such as today's ought not to be seen as divisive or in opposition to bishops.

According to one organiser, Fr Gerry O'Hanlon, the clerical child sexual abuse crisis and its serious mis-handling by church leaders has revealed wider and deeper fault-lines in the national and universal church.

Fr O'Hanlon has described a growing sense that an increasingly centralised and hierarchical culture and structure of governance has left little room for women in particular to be heard.

Debate at the conference focused on Pope Benedict XVI's call for the laity to share responsibility for the church with clergy, as well as reflecting on a recent poll by the association which suggested a divide between mass-goers and some of the church’s teachings.

The poll found that while over one-third of the island's Catholics attend mass each week, three-quarters find church teaching on sexual ethics irrelevant; slightly more want women to be ordained and even more again want the ban on married priests to be lifted. 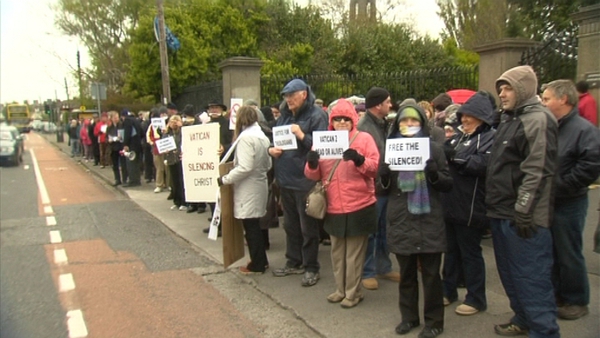