A victorious Francois Hollande faces a short honeymoon after his election as France's first left-wing president in 17 years.

It followed a bruising campaign dominated by the same anger over economic crisis that has felled 10 other European leaders since late 2009.

While jubilant left-wing voters partied into the early hours of this morning in central Paris, Mr Hollande admitted that for him the festivities would have to be short-lived.

"There is a lot of joy and pride but also apprehension at taking on this responsibility at a difficult time for the country and for Europe," he said.

After delivering a victory speech in his rural base of Tulle in central France, he flew to Paris and addressed tens of thousands of supporters in historic Bastille Square.

The new president is expected to be sworn in on 15 May.

Hollande is expected to include some trusted old hands in his government - like former prime minister Laurent Fabius - but also add many young politicians and women.

Hollande plans to tweak a reform that raised the retirement age to 62 and increase the minimum wage are also rattling investors.

They fear France could drift away from the club of sound northern European borrowers and towards the debt-laden periphery.

Elsewhere, German Chancellor Angela Merkel has said that she looked forward to working with the Socialist Party leader.

She has said though that the fiscal treaty could not be renegotiated. 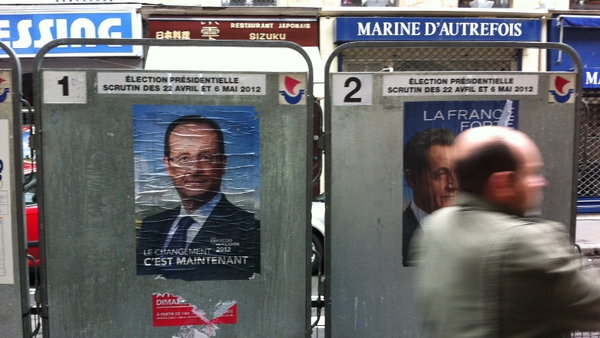