The result will have major implications for Europe as it struggles to emerge from a financial crisis and for France, the eurozone's second-largest economy.

Mr Hollande won the vote with about 52%, according to several estimates from polling firms based on ballot samples.

Mr Sarkozy quickly conceded defeat and signalled that he intends to step back from frontline politics.

"The French people have made their choice ... Francois Hollande is president of France and he must be respected," the outgoing leader told an emotional crowd of supporters, adding that he had wished his successor well.

"In this new era, I will remain one of you, but my place will no longer be the same. My engagement with the life of my country will now be different, but time will never strain the bonds between us," he told supporters.

Mr Sarkozy stopped short of confirming his retirement, but leaders in his right-wing UMP party told AFP that he had told them he would not lead them into June's parliamentary elections.

Mr Hollande was due to speak later and joyful crowds had already gathered in his adopted hometown of Tulle and in Paris to celebrate his victory.

Mr Hollande led in opinion polls throughout the campaign and won the 22 April first round with 28.6% to Sarkozy's 27.2% - making the right-winger the first-ever incumbent to lose in the first round.

Grey skies and rain showers greeted voters across much of France, but turnout was high, hitting 71.96% at 5pm according to interior ministry figures. More than 46 million people were eligible to vote.

The election was marked by fears over European Union-imposed austerity and globalisation, and Mr Hollande has said his first foreign meeting will be with German Chancellor Angela Merkel - the key driver of EU budget policy.

The 57-year-old Socialist has vowed to renegotiate the hard-fought fiscal austerity pact signed by EU leaders in March to make it focus more on growth, but is facing resistance from Dr Merkel.

Berlin moved quickly to establish ties with Mr Hollande, with Foreign Minister Guido Westerwelle vowing "close partnership" between the two nations and saying: "We will work together on a growth pact."

Mr Hollande has said he will move quickly to implement his traditionally Socialist tax-and-spend programme, which calls for boosting taxes on the rich, increasing state spending and hiring some 60,000 teachers.

Mr Hollande is expected to be sworn in by 15 May and after seeing Dr Merkel will quickly set off for a series of international meetings, including a G8 summit in the US on 18-19 May and NATO gathering in Chicago on 20-21 May.

The Socialists, Sarkozy's right-wing UMP and France's other political parties will now be focused on a parliamentary election to be held over two rounds on 10 June and 17 June. 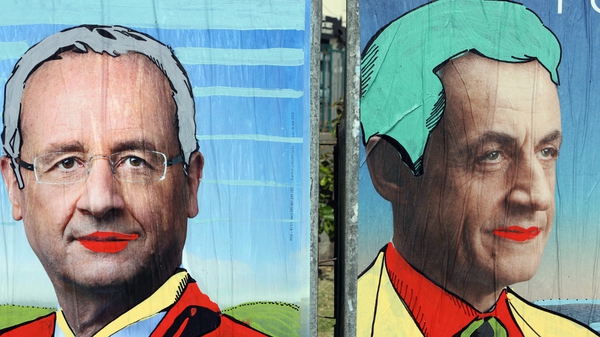