Minister for Communications Pat Rabbitte has told the Dáil that the new broadcasting charge is not a new charge as such.

Mr Rabbitte said it is a replacement for the television licence fee.

The minister was responding to Fianna Fáil's Niall Collins, who said it was a new charge for some people.

Mr Rabbitte said it is a new charge for people who are cheating.

He told TDs that the Government is committed to transforming the licence fee into a Household Charge, which will be paid regardless of the device used to access content.

Minister Rabbitte said any changes must provide a secure base for public service broadcasting.

He said the new charge will set out that the definition of access to content will not be based on ownership of a device.

Mr Collins asked if the Government was looking to collect more revenue under the new system.

He also asked about the allocation of the revenue and whether some independent broadcasters would get a share.

Mr Rabbitte said he agreed with Mr Collins on the issue of broadening the scope of recipients of the revenue.

Mr Keating said he sees scantily-clad girls on TV3 urging the viewer to contact the chat lines and he said he believes it is a cover for prostitution.

He said this is linked to sex-trafficking and crime and what he sees on TV3 is sex entertainment.

Mr Keating said he wanted new legislation to help ComReg to move against these lines.

The minister said the issue was whether the chat lines were a cover for prostitution. He said he believed it is linked to the trafficking of young girls.

Mr Rabbitte said he would draw the issue to the attention of ComReg. He said it might also be appropriate to refer the issue the Broadcasting Authority of Ireland. 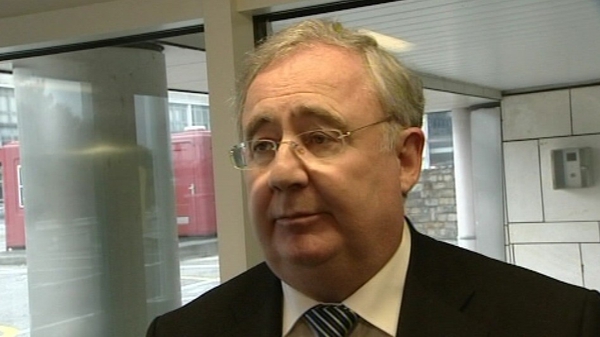