Addressing a courtroom frozen in horror, Mr Breivik said he shot most of his victims several times, using the first shot to take them down, then following up with a shot to the head.

His trial, now into its fifth day and due to last 10 weeks, has deeply traumatised Norway, one of the most tolerant and stable countries in Europe.

Speaking intensely, he described how his body tensed up as he fired his first shots at the ruling Labour Party's youth camp on Utoeya island.

"I took the gun out and thought it was now or never, and it seemed like a year," he said.

He described how he then went on his rampage, gunning down 69 people, most of them teenagers.

"When I make a follow-up shot, his (victim's) cranium bursts and there are brains flowing out. I remember that very well," Mr Breivik said in an unemotional, matter-of-fact tone.

His victims, he said, appeared paralysed before he shot them. "I walk towards a group of 10 who have stopped. They have stopped running and just lie down. I go to them and shoot them all to the head. They were paralysed most likely."

Earlier in the day, the 33-year-old: "I am a very likeable person under normal conditions."

He added that he had spent years meditating and training to "de-emotionalise" himself before he was prepared for his massacre.

"I was rather normal [emotionally] until 2006 when I started my training," he insisted, describing himself as a "caring person".

"You have to choose tactics and strategies to dehumanise ... the enemy ... those who I see as legitimate targets," he said.

Mr Breivik, charged with "acts of terror", has entered a plea of not guilty, saying his actions were "cruel but necessary."

He bombed a government building in Oslo, killing eight people, before heading to a nearby island and shooting at hundreds of people gathered there for a youth camp, killing 69.

Mr Breivik acknowledged that the bombing and shooting attacks were "gruesome, barbaric actions", and that he had had to "work on [his] psyche for many years" to do something like that, stressing: "You can't send an unprepared person into war."

The confessed killer has explained to the court that he sees himself as a militant nationalist "knight" heroically fighting to defend "ethnic Norwegians" from being wiped out by a "Muslim invasion" caused by the Labour government's generous immigration policies.

He reiterated that he especially blames Norwegian and European media for making his attacks "necessary", since they "systematically censor" ultra nationalists such as himself, excluding them from democracy.

He said he would not have carried out his attacks if he felt that Norwegian media had provided fair coverage of the populist, immigration-sceptical Progress Party ahead of 2009 parliamentary elections, and that he had been disappointed when that, in his opinion, did not happen. 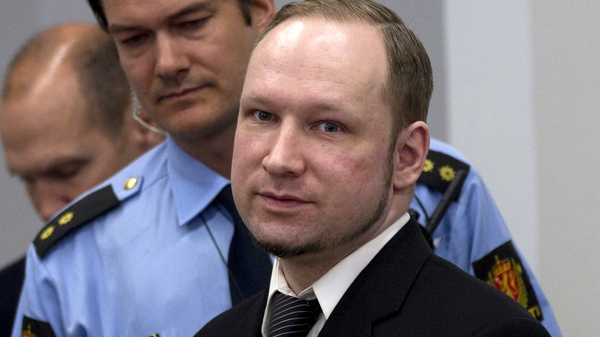