The Labour Party has voted against a motion at its annual conference to reopen the Vatican embassy.

The motion on the third and final day of the conference was proposed by the Bobby Burke Branch in Tuam.

Sean Canniffe said the Vatican was an important crossroads on a number of international issues of relevance to Ireland.

He said Ireland was opting out of a very important international organisation.

The economic argument was debunked, he said, by the fact that the embassy was the 49th most expensive out of 69 embassies.

Labour TD Michael McNamara said it was not a case of Ireland rejecting the Vatican.

Mr McNamara said the authorities there had indicated it was unwilling to accept a suggestion that the Italian and Vatican embassies share the Villa Spada, which is owned by the State.

He said diplomatic relations were being maintained at the highest level.

Minister of State Joe Costello said the idea would be explored further with the Vatican authorities. He suggested that the motion be referred back to the central committee.

Gerry Kerr opposed the motion saying the embassy should stay closed until the Vatican cooperates fully with Irish inquiries into the sexual abuse of children.

The vote to refer the motion back to central committee was rejected and a vote on reopening the embassy was also rejected.

A motion calling for legislation allowing for abortion implementing the European Court of Human Rights decision was passed.

Senator Ivana Bacik said inaction by a series of governments on the X Case was inexcusable.

Minister Kathleen Lynch said governments had to meet their obligations regardless of how difficult the issue was.

An expert group is due to report to the Government in June.

The centrepiece of the weekend was Eamon Gilmore's address last night, in which he said he was confident that the Government's strategy was working and that Ireland will recover.

Mr Gilmore said today that it is important that the forthcoming referendum on the fiscal treaty is passed to secure the future of the euro.

Speaking on RTÉ's This Week, the Tánaiste said it was also important that people did not take out their frustrations with particular Government policies on the euro. 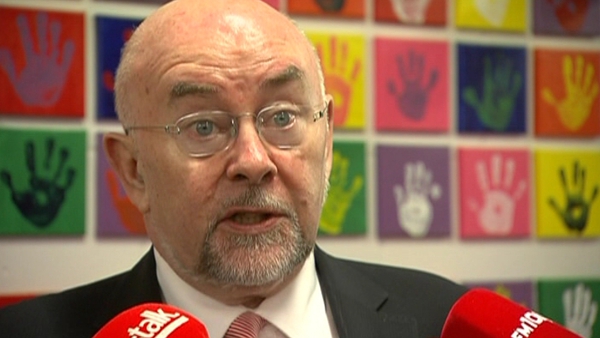 More needs to be done to create jobs and investment - Tánaiste