Alleged 9/11 mastermind Khalid Sheikh Mohammed and his four suspected co-conspirators are to stand trial before a special military tribunal at Guantanamo Bay.

They have been charged with terrorism, hijacking aircraft, conspiracy and murder in connection with the 11 September 2001 attacks in New York, Washington and Pennsylvania that killed nearly 3,000 people in 2001.

All could face the death penalty if convicted.

The decision to move to trial in a military court is the latest chapter in a decade-long political and legal battle over handling detainees.

One of the most contentious issues has been whether terrorism suspects such as Mr Mohammed and his alleged co-conspirators should be tried in civilian courts as criminals or before military courts as enemy combatants.

The trial will bring a deep examination of the events leading up to 9/11, the deadliest attack ever carried out on US soil and one that propelled the country into a global war against al-Qaeda and its affiliates.

The trial stands to be double-edged for President Barack Obama, who is running for a second term in November.

It will remind voters about the killing of long-fugitive al-Qaeda leader Osama bin Laden last year, a highlight of his presidency.

But it could also draw attention to his failure to close the Guantanamo Bay prison, which he had promised to do as a candidate in the 2008 election.

The official overseeing the Guantanamo tribunals, retired Vice Admiral Bruce MacDonald, referred the case to a capital military commission on charges of terrorism, hijacking aircraft, conspiracy, murder in violation of the law of war, attacking civilians and other counts, the Pentagon said.

The case is fraught with controversy. All five defendants were held in secret CIA prisons before being sent to Guantanamo in 2006.

The CIA has acknowledged subjecting Mr Mohammed to a simulated drowning technique known as waterboarding during his interrogation, and other defendants have said they were abused.

The tribunals, which have gone through several revisions, ban the use of evidence gained through coercion, but critics say the hearsay rules are broad enough to allow the introduction of second-hand information obtained through torture. 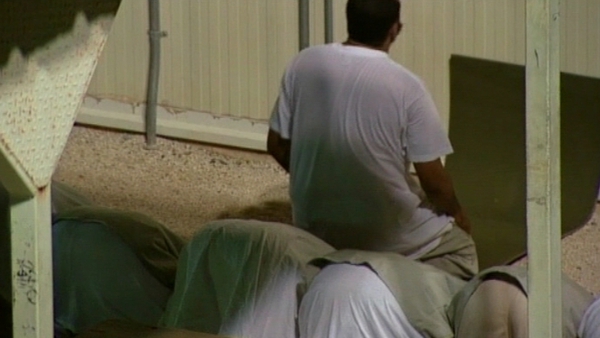 US held innocent prisoners at Guantanamo