A top Khmer Rouge leader on trial for war crimes has called his former subordinate Duch "rotten wood" as the regime's jailer testified against him.

The outburst came as Kaing Guek Eav, better known as Duch and recently imprisoned for life, took the stand for a second day in the proceedings at the UN-backed tribunal against "Brother Number Two" Nuon Chea and two other senior ex-leaders of the 1975-1979 regime.

"We don't use rotten wood that smells bad to sculpt a Buddha and then use it to preach to the faithful," Nuon Chea, wearing his trademark black shades, yelled out from his seat after judges asked Duch to focus on what he knew about Khmer Rouge events at the time, rather than what he learned afterwards.

The 85-year-old was immediately rebuked for his interruption by presiding judge Nil Nonn, who said the accused should exercise "utmost restraint" and would get a chance at a later point to confront the witness.

Earlier in the session, Duch, 69, told the court that it was party policy to "smash" inmates and that he reported to Nuon Chea "on a regular basis".

Nuon Chea and his co-defendants, ex-foreign minister Ieng Sary and former head of state Khieu Samphan, deny charges of war crimes, crimes against humanity and genocide for their roles in the deaths of up to two million people.

Former maths teacher Duch was sentenced to life in jail on appeal last month for overseeing the killings of some 15,000 people at the notorious S-21 torture prison.

During his trial, the court's first, Duch tried in vain to seek acquittal by arguing that he was only following orders, including from his direct supervisor Nuon Chea.

Observers say the two men are on bad terms, and Duch has in the past said that Nuon Chea blamed him for not destroying documentary evidence from S-21 before the Vietnamese invaded and ousted the Khmer Rouge.

Both men are being held in the same purpose-built detention facility near the court.

Led by "Brother Number One" Pol Pot, who died in 1998, the Khmer Rouge wiped out nearly a quarter of the population through starvation, overwork and execution in a bid to forge a communist utopia. 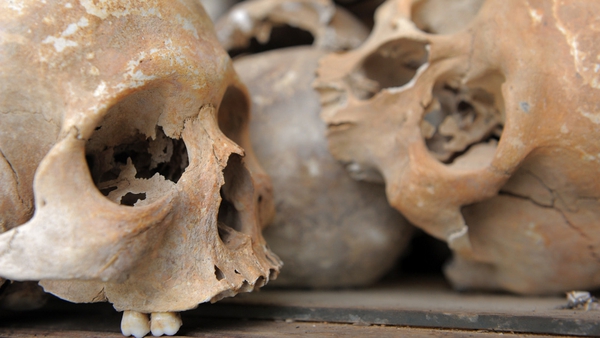