The PSNI has confirmed that recaptured prisoner Martin McDermott is being questioned in relation to criminal damage offences in the Foyle area of Derry.

McDermott was arrested by the PSNI in Derry this morning, having escaped from Loughan House prison in Cavan yesterday.

McDermott, from Raphoe in Co Donegal, was sentenced last July for seven years for the manslaughter of Garda Gary McLoughlin in 2009.

He was arrested by the PSNI at around 11am and is being held at Strand Road police station.

McDermott was eight months into his seven-year sentence.

The 26-year-old was involved in a 30km high-speed chase with gardaí, which ended when he crashed into a patrol car driven by Garda McLoughlin.

At the time, McDermott had 91 previous convictions.

He was serving his sentence in Loughan House close to the border with Northern Ireland.

Police on both sides of the border were alerted along with security staff at ports and airports.

Taoiseach says incident 'should not have happened'

Taoiseach Enda Kenny said he had asked for a full report on the incident.

“This should not have happened and we will find out exactly in what circumstances and in what way this was actually authorised for this individual to be transferred to an open prison at Loughan House,” he said.

Minister for Justice Alan Shatter has ordered an investigation into how the convicted garda killer was sent to, and then escaped from, a low security, open prison.

The Garda Representative Association had called on the minister to investigate the events.

In a statement, GRA President Damien McCarthy said: "We are asking the minister to examine who made the decision to transfer this newly convicted prisoner to a low security prison - and how does this act as a deterrent to others?”

He said the GRA has repeatedly asked for the law to be changed to protect gardaí.

He said the law dictates that that juries should not "get entranced because the victim was a garda. We contend our laws are out of balance and tipped to favour criminal behaviour".

He added: "As gardaí, we demand legislation that protects us in the course of our duty.

"We believe we have the support of all law-abiding citizens. Gardaí are expected to maintain high standards; we ask that society protects and supports us equally. This is not too much to ask." 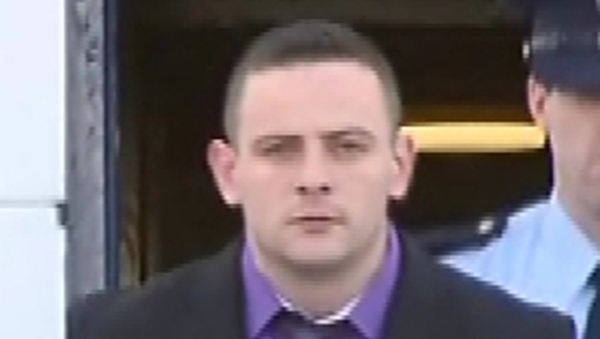