AIB has confirmed that it is to seek 2,500 redundancies, half of which it hopes to achieve by the end of the year.

In a statement the bank said it hoped to achieve the redundancies on a voluntary basis as it sought to reduce its staffing costs by €170m.

AIB said it would enter a consultation process with trade unions immediately and full details of the redundancy programme, its terms and how it will operate will be announced in early April.

Chief Executive David Duffy said the bank aims to offer a severance package that is "fair to people at all levels in the bank, while reflecting the very difficult financial position that AIB is in".

Speaking at the launch of a new job creation initiative as part of the Government's Action Plan for Jobs, Mr Kenny said he knew that this was a day of considerable shock for 2,500 people in AIB.

Mr Kenny said a report from the IFSC had estimated that 10,000 jobs could be created there over the next period and that he hoped some of those who worked in AIB would be able to gravitate into that sector.

He also said there are job opportunities in the IT sector.

Reacting to the announcement, the Irish Bank Officials' Association said the cuts would have a "devastating impact on ordinary employees and their families".

It said the scale of the proposed cuts would see ordinary staff "suffer the consequences of the mismanagement of the bank’s affairs".

IBOA General Secretary Larry Broderick said that AIB has not set out its overall plan for redundancies at the bank.

However, the union said it would be arguing very strongly that branches should be retained and that there was a need to retain as many staff as possible.

Mr Broderick said the Department of Finance had given very clear guidelines to the bank to engage in the negotiations on the terms of the voluntary redundancies.

Meanwhile, workers at the EBS Building Society will 'wait and see' what emerges from consultations between parent company AIB, the Department of Finance and the Irish Bank Officials Association before deciding on any action in defence of jobs.

"Our members negotiated directly with EBS management and the Department of Finance to achieve a fair settlement to a dispute before Christmas that needed industrial action to bring to a conclusion," said Unite Regional Officer Colm Quinlan.

"We will continue to engage directly with EBS management, and any impact of today's announcement must be addressed in that forum through established agreements and procedures." 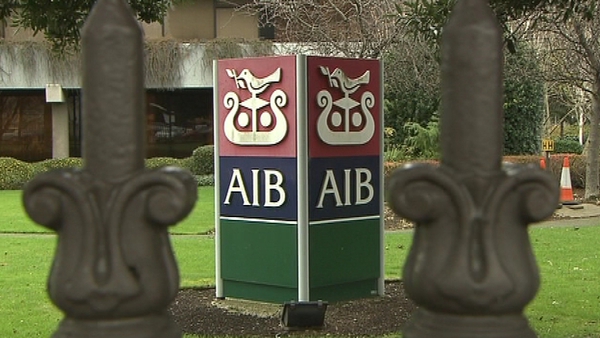 AIB expected to announce up to 2,500 job cuts