Minister for Transport, Tourism and Sport Leo Varadkar has said a No vote in the upcoming fiscal compact treaty referendum would deny Ireland access to the permanent EU bailout fund, due to come in later this year.

He said it would be foolish to assume the fund would look after us anyway, if Ireland rejected the Treaty.

Speaking on RTÉ's The Week in Politics, Mr Varadkar added that it was increasingly likely that Ireland would not need a second bailout because the State is meeting its targets.

Earlier, Minister for Public Expenditure and Reform, Brendan Howlin said that if Ireland got a better deal from the European Union on banking promissory notes, it would “improve the background atmosphere” in which people vote in the referendum.

Taoiseach Enda Kenny had said that the issues of promissory notes and the Treaty referendum were separate.

Speaking on RTÉ's This Week, Mr Howlin welcomed a statement two days ago by the International Monetary Fund, urging the EU and the European Central Bank to restructure the promissory notes.

Meanwhile, European Parliament President Martin Schulz said Ireland is not a special case and easing the burden of its banking debt is a separate issue to the fiscal Compact Treaty.

Mr Schulz told RTÉ’s This Week that he is convinced the Irish people will vote in favour of the treaty "with a wide majority".

He said he was willing to come to Ireland and campaign on the referendum if invited.

Mr Schulz said that the borrowing rates offered under the new European Stability Mechanism would force the markets to reduce their interest rates on borrowing for Ireland and other countries.

He described the ESM as an "act of solidarity" and said the mechanism would allow Ireland finance its sovereign debt at much lower rates than is the case today.

The Social Democrat German MEP said Ireland and its people are unique in the manner in which they have committed to reform.
“The discipline of the Irish people is unique," he said, adding that he admired the level of commitment shown.

He said Ireland did whatever was possible and he acknowledged that Irish people had "paid an enormous amount of money to come out of the crisis”. 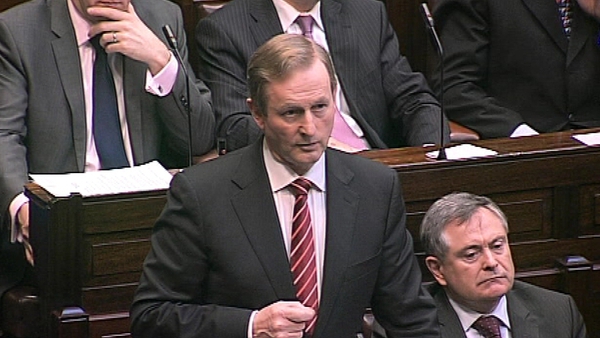 Referendum to be held on Fiscal Treaty