Taoiseach Enda Kenny has told the Dáil that a referendum will be held on the Fiscal Stability Treaty, following advice from the Attorney General.

Mr Kenny said it would be in Ireland's interest if it was approved, saying it would be an important step in rebuilding the economy and our reputation.

It will also be an opportunity to reaffirm Ireland's commitment to membership of the euro, he said.

The Taoiseach will sign the Fiscal Compact Treaty on Friday and arrangements for a vote will be made in the coming weeks.

Mr Kenny said the advice of the Attorney General at this morning's Cabinet meeting was that on balance a referendum should be held.

The Attorney General had expressed the belief that the treaty was a unique instrument outside the EU Treaty architecture and that on balance a treaty was needed to ratify it.

Both Mr Kenny and Tánaiste Eamon Gilmore said they were confident the Irish people would endorse the treaty.

Mr Gilmore said the referendum would come down to a vote for economic stability and recovery.

Speaking on RTE's Six-One News, Mr Gilmore said that a potential deal with the troika on reducing interest on promissory notes was not linked to ratification of the treaty.

"It is not something we have seen as a quid pro quo" he said.

The Tánaiste added that in the case of a "no" vote, there would not be a second referendum, saying there will be only "one go at it."

A spokesman for the European Commission said that ratification of the intergovernmental treaty is a matter for each member state.

Beyond that there would be no further immediate comment from the Commission.

Fianna Fáil leader Micheál Martin said he welcomed the decision to hold a referendum and said it was the right approach to take.

Micheál Martin told RTE's 6.01 News that it was always his position that the people should be consulted over the Fiscal Compact Treaty, the content of which he said is quite reasonable.

He said it is a pity that government ministers did everything they could to avoid having a referendum.

He also pointed out that the treaty does not deal with the fundamental causes of the eurozone crisis.

Earlier in the Dáil, he said it will only pass if it is presented as a series of measures to promote jobs and growth.

Sinn Féin leader Gerry Adams said he welcomed the announcement, but said it marked a failure for the Government because he said the Coalition wanted to avoid such a vote.

He said it was an austerity treaty, will not help recovery and will condemn people to austerity.

Sinn Fein TD Padraic MacLochlainn said he welcomed the decision that a referendum was going to be held, but he said the treaty was no solution to Ireland's economic and unemployment crisis.

Also speaking on RTE's 6.01 News, Mr MacLochlainn said the treaty was about satisfying Germany and Angela Merkel, and would enshrine austerity into our Constitution.

Independent TD Shane Ross said he also welcomed the fact that a referendum will be held.

Mr Ross said it was a fiscal pact on austerity and was dictated by the French and Germans without any input from Ireland.

He also said it was a road we should not go down and the debt reduction has to be tied into the ratification process.

They say the treaty will require unsustainable deficit and debt rules.

No date set yet for vote

No date has yet been set for the referendum, however a Government spokesperson has confirmed that the it will be held on its own rather than with another referendum.

Despite the fact that Fianna Fail is to campaign for a Yes vote, the party's Deputy Leader has declined to say how he will vote.

In an interview on TG4's Seacht La programme, Eamon O Cuív said it was a "personal matter".

Asked if he was in two minds about the matter, Mr O Cuív said he wasn't going to say, as he had got into trouble about that before.

Under the terms of the intergovernmental treaty, due to be signed in Brussels on Thursday, only 12 countries need to ratify the pact for it to come into effect.

Should Ireland reject the treaty, it will remain outside the pact, but it will also be precluded from any future funding should Ireland need a second bailout.

A senior EU source said that even if Ireland were to reject the treaty, there would be no question of Ireland leaving the euro.

Fianna Fáil 's Deputy Leader has declined to say how he will vote on the Fiscal Treaty Referendum.

In an interview on TG4's Seacht La programme, Eamon O Cuív said it was a "personal matter".

Asked if he was in two minds about the matter, Mr O Cuív said he wasn't going to say, as he had got into trouble about that before.

A senior German MEP has told RTÉ News he is surprised the Government has decided to call a referendum because the intergovernmental treaty "did not involve a transfer of sovereignty of the country".

He said it was a question of implementing the rules everyone had already signed up to years ago, when they became members of the euro.

"I'm confident the Irish people will vote yes because this does not change anything. It's a method (so that) rules which are undersigned, which have to be fulfilled by the Treaty of Lisbon and even earlier by the Treaty of Maastricht, can be implemented."

Mr Brok said that without the solidarity from other EU countries there would have been "a big crash" in Ireland, as in other countries.

He said that as a result of the combination of austerity measures, structural changes and "growth projects," Ireland would be stronger afterwards.

When asked what would happen if Ireland rejected the Treaty he said: "If the treaty falls... it might lose credibility for Ireland, I don't know how the markets will react to it, how the interest rates will be (for Ireland to borrow)."

However Mr Brok, who was recently elected chairman of the European Parliament Foreign Affairs Committee, said that Chancellor Merkel would "trust" the Taoiseach and that the treaty would be passed. 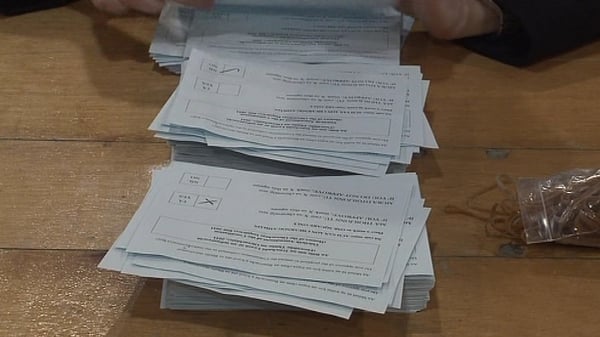