Billionaire owner of News Corporation Rupert Murdoch visited the staff of his Irish Sun newspaper in Dublin this afternoon.

Following lunch in the Merrion Hotel with paper editor Mike McNiff and journalist Paul Williams, Mr Murdoch told waiting media he came to say thanks to his Irish staff after the success of the first edition of the new Sun on Sunday newspaper last Sunday.

Asked if there was any illegality at any of his newspapers in Ireland, he said there is ''no illegality anywhere until it is proven.''

Mr Murdoch's media empire has been hit with allegations of phone hacking.

The first edition of The Sun on Sunday, replacing the scandal-hit News of the World, sold over three million copies. 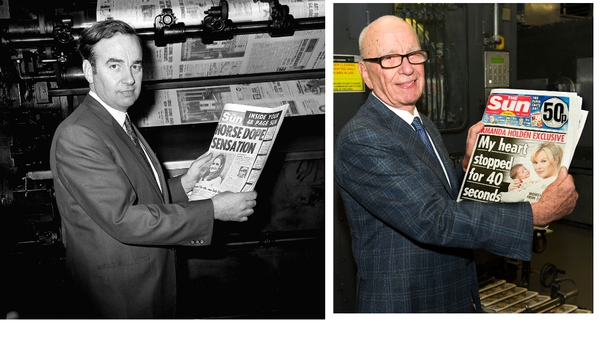 Sun on Sunday replaces News of the World