Finance ministers and central bankers from the world's leading economies have gathered in Mexico City.

The eurozone debt crisis is likely to be addressed, but it is not expected the G20 countries will reach a deal this weekend to provide the IMF with more money to help ease the crisis in Europe.

Many G20 countries are insisting that European leaders first need to do more themselves.

EU leaders will meet next week to discuss boosting their own bailout funds.

"The recovery is still fragile and vulnerable to shocks, and the G20 needs to remain active and alert to downside risks," Lael Brainard, Under Secretary of the US Treasury for International Affairs, said on Wednesday.

"The euro area crisis remains the foremost risk to global growth, and of course to our domestic recovery," she said.

"In Mexico City we will discuss with our G20 partners implementation of the concrete commitments that were made in the action plan by members in the name of achieving strong, sustainable, balanced growth."

The Europeans hope the meeting of treasurers of the main developing and emerging countries will lead to an increase of resources for the International Monetary Fund and contribute to a more permanent solution to the debt crisis.

The IMF announced in January it was looking for $500bn to help it backstop any fallout from the eurozone crisis.

"We see the need for what's been called the global financial firewall to protect countries against the risk of contagion," IMF spokesman Gerry Rice told reporters in Washington Thursday.

"Part of that firewall is an increase in IMF resources, which we have said would supplement resources that the European authorities would put on the table."

"We don't have specific commitments, or numbers on that, but we are encouraged by the signaling," he added.

EU countries, which pledged 150 billion euros ($192 billion) in December, are strongly urging global support for more money for the Fund.

The IMF fundraising "must have a worldwide dimension," said Amadeu Altafaj, spokesman for the European Commission in charge of economic issues.

But other nations have yet to announce commitments, and some finance ministers, including from Mexico and Japan, have said that the G20 is not yet ready to agree on the issue. 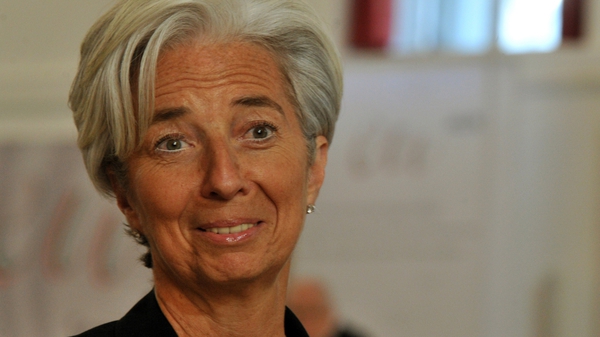