Mr Annan "will provide good offices aimed at bringing an end to all violence and human rights violations, and promoting a peaceful solution to the Syrian crisis," a UN statement said.

The Syrian military has pounded rebel-held Sunni Muslim districts of Homs city for the 20th day today, despite international protest over yesterday's death toll of more than 80, including two Western journalists, activists said.

For more than a year the Syrian opposition has called for Assad, whose family has ruled Syria for four decades, to step down in the latest of the "Arab Spring" uprisings against authoritarian rulers in the Middle East.

The continued strife reflects both Assad's determination to remain in office as well as the major powers' inability to agree on a strategy on whether to try to ease, or force, him out.

Russia, which along with China has vetoed two UN Security Council resolutions on Syria, has said it will not attend the gathering in Tunis.

Russia has repeatedly said it does not want a resolution to become a pretext for regime change, something it believes took place when the Security Council authorized the use of force to protect civilians in Libya and that ultimately helped drive former dictator Muammar Gaddafi from power.

Elsewhere, the UN has found that Syrian forces have shot and killed unarmed women and children, shelled residential areas and tortured wounded protesters in hospital.

The report said that the attacks were carried out under orders from the "highest level" of army and government officials.

Independent UN investigators called for perpetrators of such crimes against humanity to face prosecution.

They said they had drawn up a confidential list of names of commanding officers and officials alleged to be responsible.

The commission of inquiry, headed by Brazilian Paulo Pinheiro, found that rebel forces led by the Free Syrian Army had also committed abuses including killings and abductions, "although not comparable in scale". 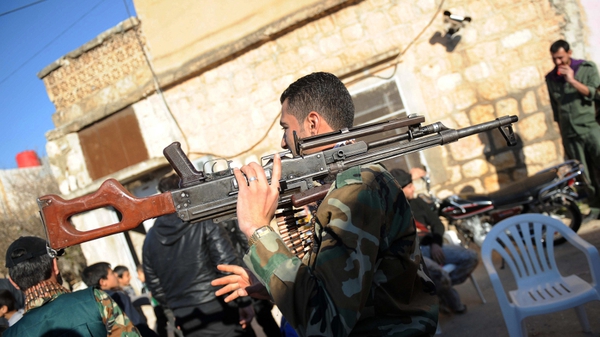