Around €35m has already been spent in preparation for the proposed National Children's Hospital at the Mater site in Dublin, permission for which was turned down by An Bord Pleanála.

The National Paediatric Hospital Development Board was told by the Health Minister today to prepare plans to deal with the 'scale and height' problems raised by An Bord Pleanála as a matter of urgency.

The Board says it will now examine options for re-configuring the project within the space available to meet the An Bord Pleanála objections.

The plan was rejected by a majority of three to one of An Bord Pleanála.

Construction of the €650m hospital was due to be completed by 2016 and it would have been the biggest building project in the State.

An Bord Pleanála said the development would result in "a dominant, visually incongruous structure and would have a profound negative impact on the appearance and visual amenity of the city skyline".

The board said the development would be inconsistent with and adversely affect the existing scale and character of the historic city.

It also said the proposed development, as configured, would constitute overdevelopment of the Mater Hospital site.

The New Hospital Development Board has expressed disappointment and will meet early next week to discuss the ruling.

Professor Brendan Drumm, who is a member of the board, said a move to a greenfield site would not deliver the best care for children.

The Royal College of Physicians of Ireland's faculty of Paediatrics has said that it is extremely disappointed at today's decision by An Bord Pleanála.

The Board of the faculty of paediatrics has said, that any delay in building a National Paediatric Hospital will have direct consequences for the quality of care for sick children in Ireland.

Children in Hospital Ireland said the decision would have a profound, negative impact on the delivery of healthcare for sick children in the greater Dublin area.

However, the move was welcomed by the CEO and founder of the Jack & Jill Children's Foundation.

Jonathan Irwin said the Mater was always the wrong site to accommodate the needs of a modern children's hospital and said urgent debate is needed to choose the right location.

Govt to consider other options

Taoiseach Enda Kenny said that the building of a National Children's Hospital remains an absolute priority for Government.

Mr Kenny said Dr Frank Dolphin, former Chairperson of the Health Service Executive, is to head up a review group to look at the implications of the decision by An Bord Pleanála.

The Taoiseach said the committee would report back to Government within a matter of weeks.

Speaking on the RTE’s 6.01, Minister for Health James Reilly said he did not want to pre-empt what the report would say, but he did would not rule out a smaller facility being built on the Mater site.

Dr Reilly said he wanted a new hospital in place during the term of the Government.

Tánaiste Eamon Gilmore conceded an alternative site might now have to be looked at.

Mr Gilmore was speaking in the Dáil where Fianna Fáil's Éamon Ó Cuív called for the Strategic Infrastructure Act to be amended so the hospital could go ahead.

Eamon Gilmore said the Government had identified funding for the project and would build the complex, but would now have to consider other options.

Independent TD Finian McGrath said children are paying the price for the gross incompetence of others.

He also asked the Tánaiste to give a commitment that the planned cystic fibrosis wing at St Vincent's Hospital will be completed. 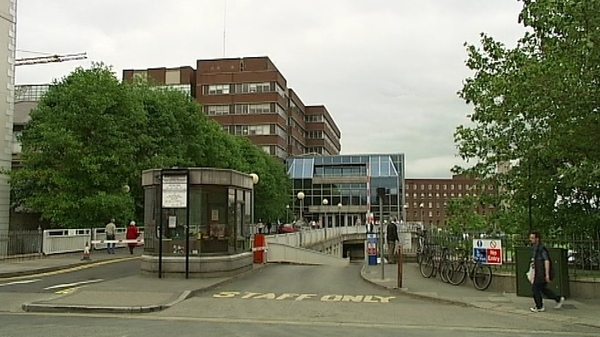