An independent review group has recommended that the site near Dublin's Mater Misericordiae University Hospital is the best location for the new national children's hospital.

The recommendations of the New Children's Hospital Group, appointed by the Health Minister, are expected to be brought to Cabinet tomorrow and a formal announcement is due on Wednesday.

It is understood that the review also recommends the height of the planned facility, which was to be 16 storeys, be reduced.

The review team was appointed in April and included a group of chief executives of children's hospitals in the US, Australia and Britain as well as a financial review of the plan.

The group has said that the debate about the location of the new national children's hospital is now over.

Chairman of the New Crumlin Hospital Group Louis Roden has told RTÉ News that the question about the best location had been reviewed extensively.

Mr Roden said it was time to get on and build the facility at the Mater Hospital site in the interests of children.

He said he hoped that all hospitals would now get behind the project.

Mr Roden said the controversy over access to the Mater site was secondary to the priority to provide quality healthcare.

In 2006, the last government decided to accept the recommendations of a task force, which also recommended the Mater site as the best location.

However, after that decision, opponents raised concerns about access for parents and children to the Mater location, parking and the suitability of a high rise facility for children in the city.

Prof Drumm said there was now an opportunity to have a children's hospital 'as good as anything in the world'.

He said that decisions of this kind were not easy and everybody took their position on the issue, based on what they felt was best for children.

However, the New Children's Hospital Alliance, which is against the selection of the Mater as the site of the new hospital, said the review process is flawed because it excluded other sites from being examined.

Spokesperson Dr Roisin Healy also said the review was completed in secret and should have been conducted in public to be fully transparent.

Dr Healy called on the review to be published so it could see the rationale behind the review group's decision. 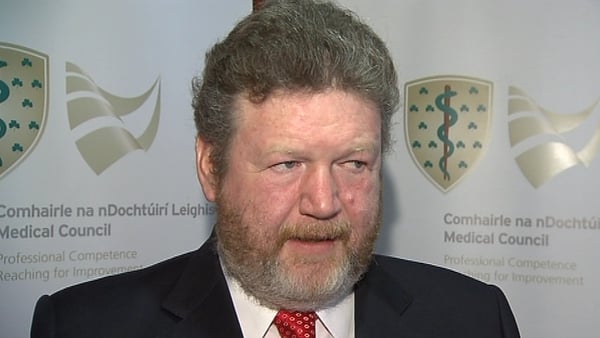