Taoiseach Enda Kenny has said that from now on any jobseeker who refuses an opportunity of training or work will put their social welfare entitlements at risk.

He made the announcement as the Government published details of its Pathways to Work plan, which aims to tackle long-term unemployment.

The initiative includes a new rights and responsibilities contract, which claimants will have to sign to commit to a progression plan with the Department of Social Protection.

The Department says that from May, new applicants for social welfare will be required to sign this contract confirming cooperation with the labour activation measures.

Claimants will have to agree to take up training and employment supports as a pre-condition for receipt of welfare payments.

The department says it will focus on the long-term unemployed, with a target to get 75,000 of those people back to work by the end of 2015.

Minister for Social Protection Joan Burton said her department would engage with every unemployed person and nobody who lost their job would be allowed to drift.

Pathways to Work includes "targeted activation of places and opportunities," measures to encourage the unemployed to take up opportunities and employers to hire them, and a streamlining of institutions.

Newly-unemployed claimants will be profiled at registration to see what supports they need to get them back to work rapidly.

One third of places on community employment schemes will be turned into shorter more focused placements to encourage people to move into jobs in the open labour market.

Jobseekers Benefits to casual workers will be reduced to encourage them to take up full-time work, instead of combining part-time work with social welfare payments.

The Congress General Secretary David Begg has said that the key to getting people back to work is to inject badly needed demand into our economy which has been subjected to a relentless austerity drive. 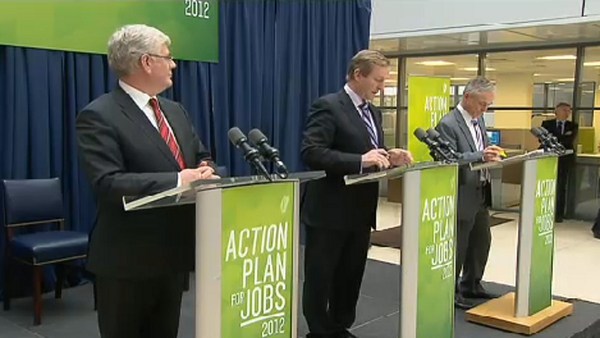