The full programme includes a total of 270 measures to be delivered this year in 15 Government Departments and 36 State agencies.

The process will be policed by a monitoring committee of three Departments with think-tank Forfás.

In an effort to address the difficulties small companies face accessing credit, the State is to guarantee 75% of loans to small and medium businesses.

That measure is expected to be operational by the second quarter of this year.

The plan will include a Development Capital Scheme for companies with prospects of jobs and export growth. It will be backed by €50m State investment, which is expected to leverage up to €100m.

A new Micro Finance Fund will supply investment in small companies seeking less than €25,000. The fund will be €10m every year for ten years. The European Investment Bank will supply some of the equity.

The plan proposes a finders' fee of "up to €4,000" from the State for people who succeed in bringing major job projects.

The Taoiseach said that people who wanted to introduce a business would contact an appointed operator. The new company would have to be one that is not already working with the IDA.

There will also be a facility for the diaspora to contribute to investment in new enterprises, which is modelled on a similar scheme in Israel.

The plan includes steps to encourage more mobile international entrepreneurs to start businesses in Ireland through a €10m State fund for investment in start-ups, improvement in immigration arrangements, a targeted marketing campaign and greater use of the IDA network.

A Strategic Investment Fund will match private sector investment with money from the National Pension Reserve Fund. The NPRF will commit €250m and a further €1bn will be sought from institutional investors in Ireland and overseas for infrastructural investment.

A corporation tax exemption will be extended for start up companies until 2014.

Lobby group ISME has said in the past that many firms, due to their size, did not qualify for support from enterprise boards, local authorities or Enterprise Ireland.

Today's plan seeks to address that shortcoming by establishing a "one-stop shop" for firms.

City and country enterprise boards will be dissolved and a new unit will be created in Enterprise Ireland that will work with local authorities in aiding firms.

The Government will establish a health innovation hub to encourage transforming new technologies in health and life sciences into commercial enterprises.

In terms of technology investment, a team will be established to drive the growth of digital gaming, which Ministers hope will double its number of jobs in two years.

The Government also states its intention to support an "enterprise-led International Digital Services Centre" with the aim of centralising digital companies in Ireland.

There are also plans to create a Cloud Computing Strategy for the Public Service and establish of a research centre in cloud computing.

The Taoiseach rejected a suggestion that this was the fourth time the Irish people had heard such promises.

Mr Gilmore also defended the plan, saying it is not just about one big idea "it is about working every day in every area of Government". 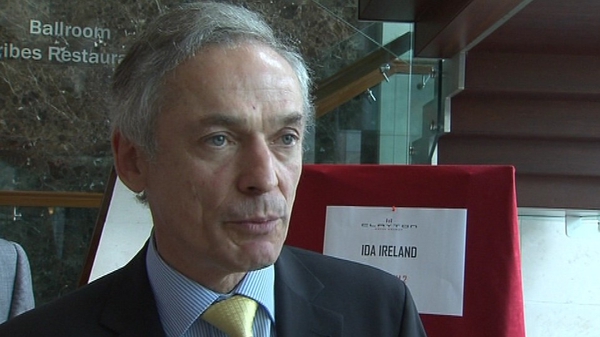