The Treasury Holdings Group of companies is insolvent and past the point of commercial rescue, according to the National Asset Management Agency.

According to the agency the appointment of receivers to some of Treasury's assets is more likely to lead to a better financial return for the State than continuing to fund the group.

NAMA made the claims in its response to a challenge by Treasury to the agency's decision to demand repayment of around €1 billion worth of loans and to appoint receivers.

Treasury claims NAMA's decision is irrational, disproportionate and an unfair exercise of its powers.

In sworn documents submitted by NAMA, the agency's Senior Portfolio Manager, Mary Birmingham, said that Treasury has overlooked the commercial reality that the loan facilities which have been called in are in default and in many cases have been for some time.

NAMA said it has supported the ongoing functioning of the group and has provided it with just over €100 million in funding over the past two year but that Treasury cannot fund itself.

The agency acquired €1.7bn of loans to Treasury and according to NAMA the majority of these are in default.

It said Treasury also has very significant non-NAMA debt of around €1bn.

The document also said that, at a time when Treasury was aware that most of its loans would be transferred to NAMA, a transfer of €20m of shares out of a Treasury company to the benefit of Treasury founders, Richard Barrett and Johnny Ronan, was authorised.

The agency said it wanted this transaction reversed as its clear effect was to diminish the assets available to Treasury's creditors - including NAMA.

They said the terms would also involve ongoing involvement by Treasury and its shareholders and in return, NAMA would get a relatively small upfront cash payment and would not have first call on the loans.

Under the proposal from Australian group Macquarie, NAMA said Treasury's shareholders and management would receive €80m as well as a management fee of €6m per annum over seven years.

The agency said it rejected both the offers following a detailed evaluation and decided to call in the loans on the basis that this would offer a better commercial, financial outcome.

Treasury’s court proceedings were in breach of a clear and unequivocal agreement between the two parties, NAMA said, which said that the company would not challenge the appointment of receivers if it was given a 14-day standstill period.

However Treasury Holdings Group’s managing director, Richard Barrett, claimed that the way NAMA terminated negotiations with investors and the company flew in the face of the agency’s own code of conduct and was improper behaviour for a public body.

He said that he would have expected respect and willingness to proceed and negotiate in a straightforward fashion given Treasury's "impeccable behaviour" towards the agency, its early support and encouragement and his refusal to help disgruntled NAMA debtors.

Regrettably, he said, NAMA did not appear to see matters that way.

He said by moving quickly to bring this challenge, he believed they had managed to retain value in the businesses for the moment.

However he said if Treasury did not get the injunctions it sought, he believed the Group would suffer a loss that could not be compensated in damages and a grave and serious injustice would be caused.

He said the entire business of the Treasury group was threatened.

He said NAMA's actions also threatened the activities of Treasury's business in China - Treasury China Trust - which has assets of around €1.5bn. 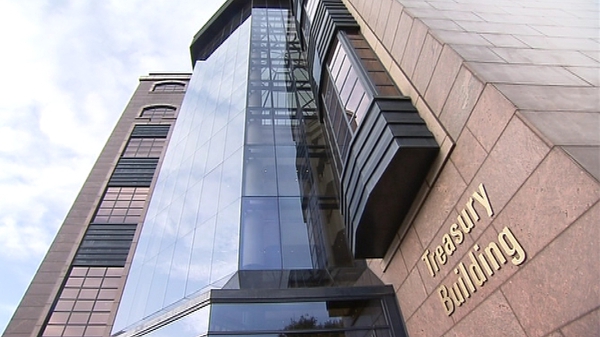