The garda presence at the Shell refinery project at Bellanaboy in Co Mayo has cost just over €14.5m in extra garda resources over the last six years.

Minister for Justice Alan Shatter said it was "deeply regrettable" that so many garda resources had been tied up at the site.

From 2006 to the end of last year, over €9m had been paid out in garda overtime and allowances alone.

Another €5m was paid out in travel, subsistence and other expenses.

Meanwhile, the State paid almost €500,000 in extra employers' PRSI over the six-year period.

These figures do not include the basic garda salaries that the State would have paid during this period.

The figures were provided by Minister Shatter in response to a parliamentary question from Sinn Féin TD Peadar Tóibín.

The Minister said he had been advised by the garda authorities that they were not in a position to provide projected costs in relation to future policing at the refinery.

Minister Shatter said although the level of resources involved was regrettable it was "absolutely necessary" due to the actions of some protesters, many of whom he accused of engaging in "protest tourism".

He claimed it was "scandalous" that some protesters behaved in a "self-indulgent way" at a time when many people in the country were under severe financial pressure.

Mr Shatter said policing at the Bellanaboy site required the expenditure of a substantial amount of taxpayers' money, which could be put to better use.

He appealed to those who have been protesting against the Shell refinery to end their protest.

Shell began work at the site early in 2005, but by that summer it stopped after continuous protests.

Work resumed again in October 2006 and the level of protesters increased around that time, and accordingly so did the number of gardaí. 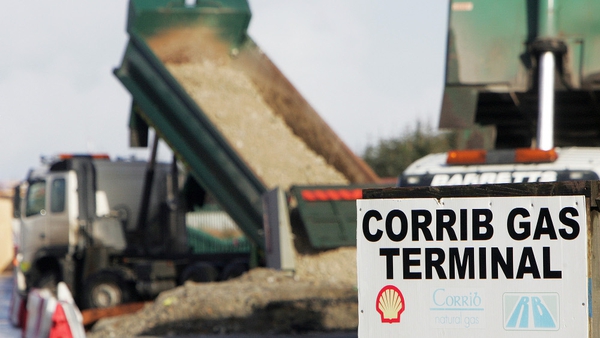