Irish abuse survivor Marie Collins has addressed a symposium in Rome on the crisis over clerical sex abuse in the Catholic Church.

Speaking to over 100 bishops and 40 religious superiors, Mrs Collins spoke in graphic terms of the abuse she suffered as a 13-year-old in a hospital at the hands of a paedophile priest, and the subsequent cover-up.

She was the opening speaker at a four-day symposium on child sexual abuse in the church.

The meeting has been seen as the most robust response by the Vatican to date on getting to grips with the crisis that has swept the church.

Alongside leading psychologist Baroness Sheila Hollins, Mrs Collins spoke in detail about the abuse and the frustrations, depression and despair she suffered in later life both as a result of the original trauma and the refusal by the Irish hierarchy to take her complaints seriously.

Afterwards, she said she believed that the symposium marked a shift in the church's attitude to clerical abuse.

She said it could be instrumental in how church authorities in different countries proceeded to draw up national guidelines on child protection by the end of May, as required by Pope Benedict in a circular letter last year.

She said one African bishop had said that he never regarded the issue as a problem, but having heard Mrs Collins' testimony, he had changed his mind.

One problem for the church appears to be that civil law, as it relates to child abuse, varies from country to country.

Last night, Cardinal Seán Brady said it was an important week and said he was heartened by seeing so many people in leadership positions sharing their experience at the meeting.

The gathering will be mostly held behind closed doors, but some of the speakers will be giving news conferences after their submissions.

Pope Benedict gave his blessing to the symposium last night, but there has been some criticism that he is not more directly involved.

He is expected to outline how the church will in future attempt to prevent the abuse of children, and what support and reporting standards will apply.

By May next year, each of the church's national bishops' conferences will be expected to apply their own guidelines.

However, it is not yet clear how they will be enforced and what sanctions will apply to bishops or priests who do not apply the rules.

The Vatican has said a broader approach to the crisis was needed, beyond simply applying or tightening canon law. 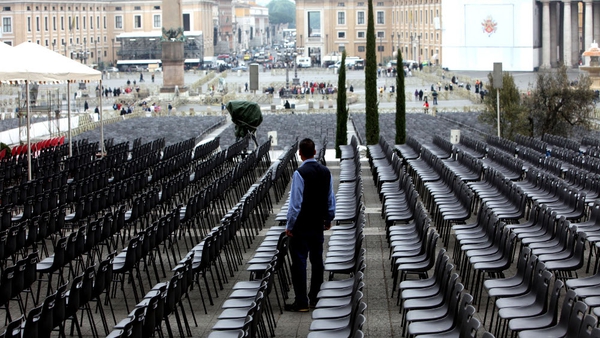