Only 9% of the general public in Ireland trust banks, according to the 2012 Edelman Trust Barometer.

This is a rise of 3% from last year, but it is still the lowest global trust level in any industry.

The barometer is a global survey of trust in institutions across 25 countries and 30,000 people.

It shows that overall levels of trust here improved marginally over the past year, rising by two percentage points to 41%.

The 2012 barometer also reveals that overall trust in government in Ireland has risen by 15 percentage points to 35%.

This compares to a global average of 43%, which is down 9% on 2011 and is the largest global fall for trust in government in 12 years.

Edelman says that Ireland is no longer the least trusting country globally.

Russia - with trust levels at 32% - is now the least trusting of the 25 countries surveyed. Germany, Spain and Japan also have less trust than Ireland.

The survey also shows that trust in Irish business fell by three percentage points from 46% to 43% this year, in line with the global experience.

Trust in media fell by three percentage points to 35%, with traditional news sources such as television, newspapers and radio seen as the most trusted sources of information.

Edelman says that content-sharing and social media sites are the least trusted sources of information.

It also found that 64% of Irish people need to hear something between three and five times before they will believe it. 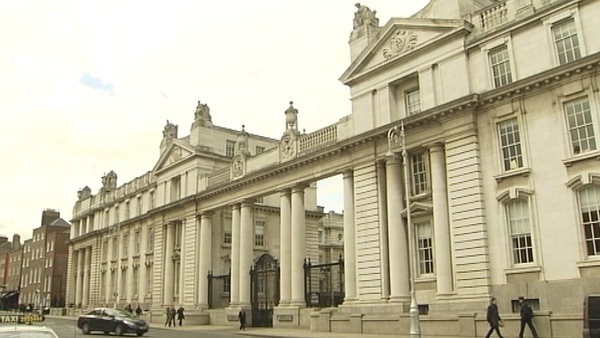