Polish officials have vowed to stick to plans to sign an international copyright treaty that has outraged internet activists and prompted attacks on government websites.

He said that signing the international treaty would not hamper Internet usage and that Poland will sign it on Thursday, as planned.

This morning a group identifying themselves as the "Polish Underground" took down the Polish government website.

It follows a number of attacks over the weekend claimed by hacker group Anonymous on official websites belonging to the Polish president, prime minister and parliament.

ACTA is a multi-lateral agreement aimed at creating international standards for intellectual property protection, but the Polish government has not consulted with the public over the issue.

The agreement has already been signed by the US, Japan, South Korea, Australia, Canada, Morocco, New Zealand and Singapore.

The European Union has not yet signed the treaty.

In a radio interview this morning Mr Boni acknowledged that the government had failed to hold enough consultations with the public on the matter.

An opposition party, the Democratic Left Alliance, also called on the government not to sign the treaty in a gesture of solidarity with those who warn it could hurt internet freedom.

"Hacked by the Polish Underground: Stop ACTA," appeared on the website of Poland's Prime Minister Donald Tusk early this morning.

"This morning the content on the www.kprm.gov.pl website was modified. As a result the server was switched off and secured," a Polish government statement said about this morning’s attack.

US authorities have seized more than 350 website domain names since launching an anti-online piracy campaign dubbed "Operation in Our Sites" more than 18 months ago, including a spectacular global swoop on file-sharing site Megaupload.com.

But US congressional leaders put strict anti-online piracy legislation on hold following a recent wave of protests led by Google and Wikipedia denouncing the bills as a threat to Internet freedom. 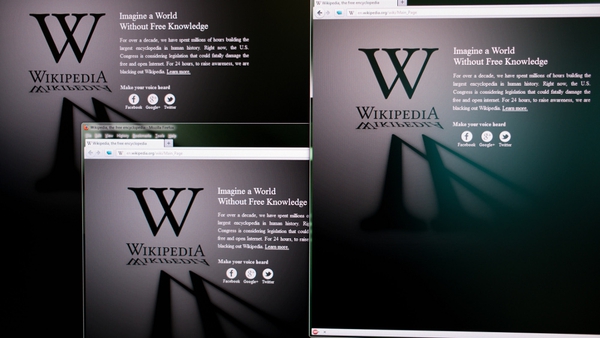