Two bodies have now been recovered during the search for the crew of the Tit Bonhomme off the Cork coast.

The second body recovered close to the wreck has been confirmed as that of 21-year-old Kevin Kershaw.

Earlier, the body of 26-year-old Attia Shaban was identified by one of his friends on the pier at Union Hall.

Mr Shaban had been in Ireland for two years and had recently moved to Skibbereen from Union Hall.

He had no other family in Ireland and was from Borg Meghezel, which is in Kafr El Sheikh region of Egypt.

The search has now been called off for the night.

Yesterday, the Garda and Naval dive teams made what search co-ordinators from the Irish Coastguard described as ''significant progress'' during a series of dives around the vessel.

The trawler appears to be wedged in a narrow inlet or cove and the wash and backwash on rocks on either side of it are said to be hampering the dive teams.

The Coastguard says this is one element of a comprehensive search which includes teams on the shore, trawlers outside and inside Glandore Harbour, helicopters and many smaller boats and kayaks checking dozens of narrow, isolated coves. 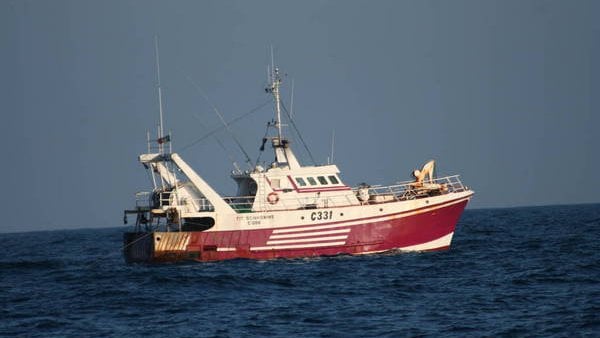