The investigation into the murder of French film-maker Sophie Toscan du Plantier was "flawed and prejudiced" in relation to chief suspect Ian Bailey, according to the then Director of Public Prosecutions.

The Supreme Court was told that Mr Bailey's lawyers now knew that the decision not to prosecute him for the murder was firmly rooted in the view that there was no evidence whatsoever against him.

The court ruled that new evidence - given to Mr Bailey's lawyers late last year by state officials - should be admitted as part of his appeal against his extradition to France, which will begin on
Monday.

Mr Bailey is wanted for questioning by French authorities about the murder in December 1996 of Sophie Toscan du Plantier near her holiday home in Schull, Co Cork.

Lawyers for Mr Bailey received the new documentation from the DPP's office and the Department of Justice in November last year.

In a letter to Mr Bailey's solicitor, the documentation was described as being "very significant" by the current Attorney General.

In correspondence, the Minister for Justice told Mr Bailey's lawyers that it was in the interests of justice that they should have it.

It includes a document from the former Director of Public Prosecutions, Eamonn Barnes, which outlines why he decided not to prosecute Mr Bailey for the murder.

He describes the garda investigation as "thoroughly flawed and prejudiced".

Mr Bailey's lawyers told the Supreme Court today there was no evidence against Mr Bailey.

They claim the French request to extradite him is an abuse of process as it is based on a flawed garda investigation.

Mr Bailey's lawyers wanted the matter sent back to the High Court.

But the Supreme Court ruled that the new evidence should be admitted and would form part of Mr Bailey's appeal against the High Court's decision. 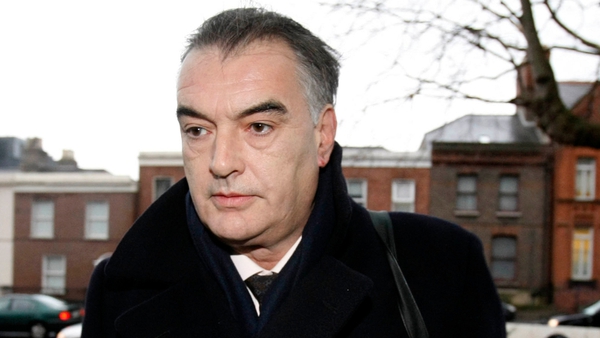