The Government has announced plans to dispose of electronic voting machines, which have cost €54.756m.

Minister for the Environment Phil Hogan has said a request for tenders will be published by the end of the month, seeking proposals either for the purchase of the equipment or its disposal as waste.

In a statement, the Minister said the market was to be tested to see if anyone wants to buy the machines.

However, he said that while being optimistic, they also had to be realistic, which is why the request for tenders also included the option of disposal as waste.

Ealier, the Minister for Finance said the machines purchased were now worthless.

Referring to comments by the then Taoiseach Bertie Ahern, Michael Noonan said Fianna Fáil had been climbing the summit of hubris when they concluded "the peann luaidhe" was no longer fashionable.

He then said there may be a market for the machines in Irish-themed pubs across the world.

E-voting machines were originally trialled in three constituencies in the 2002 General Election.

A nation-wide roll-out had been planned ahead of European and local elections in 2004, however this was put on hold after concerns were raised around the machines' security.

After it was deemed too expensive to make the required changes, the Government sought another country to buy the machines from them, however none was found.

In October 2010, then Taoiseach Brian Cowen said the machines would be disposed of.

It is estimated that €51m was spent on e-voting machines before the decision to scrap them was made, not including the cost of storage and maintenance. 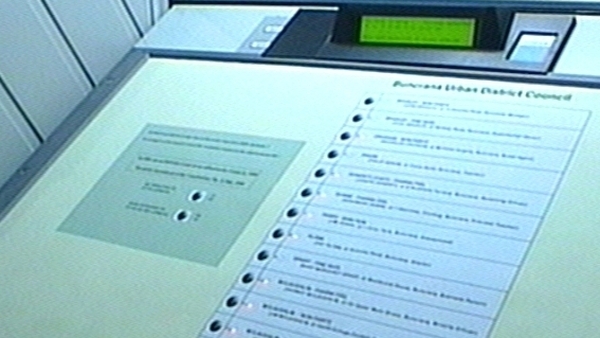 €51m e-voting machines to be disposed of