The Minister of State at the Department of Finance has said that in the vast majority of cases no arrears will be due from pensioners who have been judged to own more tax to the Revenue Commissioners this year.

Revenue said that 115,000 pensioners would pay extra tax in 2012, because of other taxable income they have, following a trawl of information supplied by the Department of Social Protection.

Brian Hayes said the tax had not been collected because of a systems failure and a lack of communication between departments, and it would be unfair if people had to pay additional penalties and interest based on previous years.

Age Ireland Ireland and the Senior Citizens Parliament have criticised the move, saying it would put more strain on already hard-pressed pensioners who should have been informed by Revenue if they were liable for tax.

The tax underpayments were discovered after the Department of Social Protection sent the records of 560,000 pensioners to the Revenue Commissioners.

It matched people who receive a private pension with details of individuals claiming the State pension.

Declan Rigney from the Revenue Commissioners said individuals aged over 65 earning more than €18,000 a year - or a couple in receipt of over €36,000 - were liable.

Those in receipt of a small occupational pension of around €100 a week were unlikely to be taxed.

Speaking on RTÉ's Morning Ireland, Mr Rigney did not rule out the backdating of the tax. He also said it was not an amnesty for taxes that had not been paid.

Age Action has expressed "frustration" with the news, while the Senior Citizens Parliament has suggested that Revenue should be running public awareness campaigns.

Many of those who contacted Age Action on receipt of letters informing them of the news said they presumed their payments had already been included.

Senior Citizens Parliament Chief Executive Mairead Hayes said Revenue should have been proactive in telling people that they were liable for pensions above a certain limit.

The Revenue Commissioners helpline will be open tomorrow from 9.30am until 4.30pm.

The normal weekday service will resume on Monday. 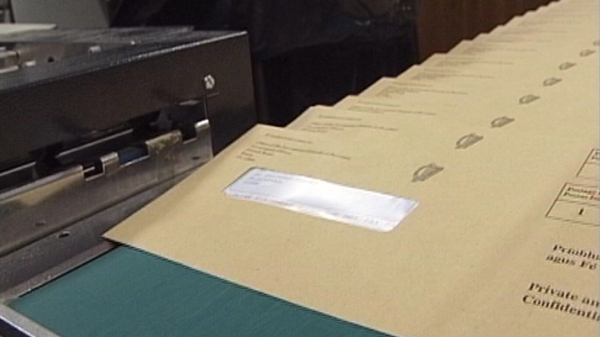