Two men have been found guilty of the murder of Stephen Lawrence, nearly 19 years after the teenager died.

Gary Dobson, 36, and David Norris, 35, had denied involvement in the knife attack on the 18-year-old at a bus stop in Eltham in southeast London in April 1993.

But a jury at the Old Bailey court in London found them both guilty on the basis of new forensic evidence.

Both men are due to be sentenced by judge Mr Justice Treacy tomorrow.

Dobson protested his innocence as he was led from court saying: "You have condemned an innocent man here, I hope you can live with yourselves."

Stephen's parents, Doreen and Neville, wept as the verdicts were delivered.

Outside the court, Doreen Lawrence thanked the jury for the verdicts but said it was not a cause for celebration, adding: "How can I celebrate when my son lies buried."

Neville Lawrence said he was "full of joy and relief that two of my son's killers had been convicted" as a statement was read out by his solicitors.

Mr Lawrence said he was conscious there were five or six attackers that night and that he didn't think he would "be able to rest until they are brought to justice".

The Lawrence family suffered much disappointment in their battle to bring the killers to justice, including an ill-fated private prosecution that they attempted in 1996.

Michael Mansfield QC hailed the "huge dignity and persistence" they had shown in seeking justice.

"It is a component in changing the public perception of these cases. This is just another milestone for the family in a very long journey.

"It is a real tribute to the family that they have fought so long to bring about change."

A judicial inquiry into the handling of the case by London's Metropolitan Police found "institutional racism" within the police and led to significant changes in the way murders involving black victims were investigated.

The so-called Macpherson report is regarded by many as a defining moment in British race relations and one of the key moments in the modern history of criminal justice. 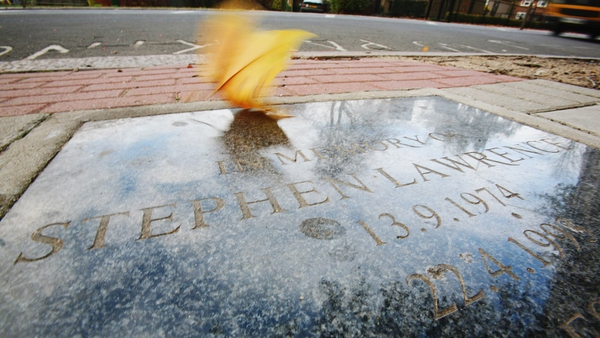