The Government has said it has set a two-and-a-half year deadline to complete the clean-up of a toxic dump in Cork Harbour, which contains an estimated 500,000 tonnes of waste.

Threatened with massive fines by the European Commission, the Government is to spend €40m between now and 2014 making the illegal dump at the former Irish Ispat site safe.

Irish Steel and later Irish Ispat operated the country's only steel plant at Haulbowline Island in Cork Harbour for more than six decades, until the plant closed in 2001.

An illegal dump covering 22 acres of the island and containing slag and waste from the steel plant's furnaces is the ugly and dangerous legacy that has been left behind. Much of the waste there is toxic.

Minister for Agriculture Simon Coveney has been tasked by the Government to oversee the clean-up of the dump. He says it will be done by mid-2014.

The dump at Haulbowline is less than 1km from Cobh and less than 2km from Ringaskiddy and other population bases, where progress on the clean-up has been welcomed.

The interest of the European Commission in the clean-up of this site has brought added immediacy to the project. 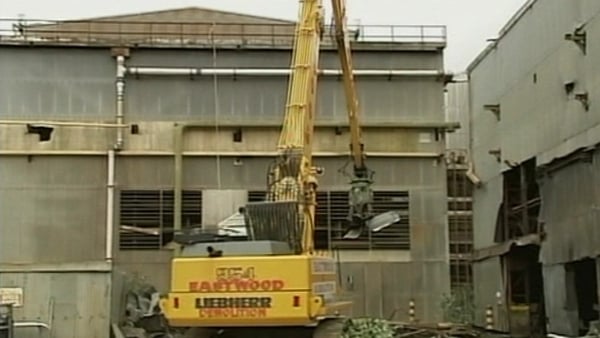