Ireland faces the prospect of being heavily fined by the European Commission over its failure to clean up the Haulbowline site near Cobh in Co Cork.

The Commission today warned that unless urgent action was taken, the case would go to the Court of Justice because of the State's systemic failure to deal with the problem.

Haulbowline used to be a centre of steel production, but is now a contaminated site filled with toxic by-products.

Residents have been promised a clean-up for over a decade and are now seeking action from the Petitions Committee of the European Parliament with political support.

Spokesperson Mary O'Leary said: 'We have had ten years of prosperity where money was available to tackle this problem, yet little was done.

'The fear of the community now is that the issue will be put on the back boiler for another ten years and we will have to live with the consequences.'

A spokesman for the Commission said he shared the residents' frustration and stated bluntly Brussels would take Ireland to the Court of Justice for fines unless action happened urgently.

The Commission said it will report back to the Petitions Committee within three months but expected action by Ireland before that time. 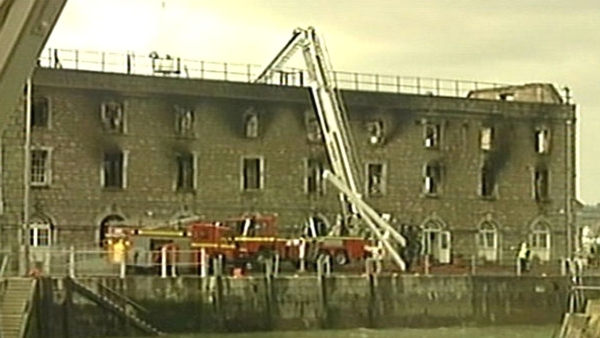