The man who denies he was one of the most prized British security force agents within the IRA may well appear before the Smithwick Tribunal to give evidence.

Freddie Scappaticci was named as a British agent and a member of the IRA's internal security unit by Peter Keeley during his evidence to the tribunal today.

The judge asked if Mr Scappaticci would give a statement to the tribunal as well as give evidence directly and said if that is the case he would grant a second counsel.

Mr Flanagan replied that the issue was under "active consideration" by his client.

Mr Keeley told his own barrister, Neil Rafferty, that his appearance at the tribunal would be regarded as treachery. He had received numerous death threats and one from February 2001 was presented to the judge. It said Mr Keeley had been court martialled in his absence, found guilty and sentenced to death.

"Sentence to be carried out at our convenience," the warning added. It was signed by "P O'Neill."

During his evidence, Mr Keeley said that 'Mooch' Blair would phone RUC stations to boast about having killed officers.

He also said Mr Blair told him how he and another IRA man had shot two RUC officers dead in their car. The third officer in the back seat was a teenager and he (Mr Blair) taunted him, saying “go for your gun”. Instead, he started crying for his mother before Mr Blair shot him dead, the witness claimed.

The witness also outlined several instances where he said he had saved lives.

Mr Keeley said he was not a liar, nor a fantasist. He was telling the truth, he insisted. He said there was no reason for him to try and set up retired Detective Seargeant Owen Corrigan by saying he had passed information onto the IRA. He had named Mr Corrigan as the source of information which he believed led to the murder of two senior RUC officers being investigated by the Tribunal.

"I started something and I want to finish it," he said when asked why he had come to the Tribunal to give evidence against Mr Corrigan.

Mr Corrigan denies the claims of collusion. Two other gardai who are also being investigated for possible collusion, former sergeants Leo Colton and Finbarr Hickey, also deny the allegations. 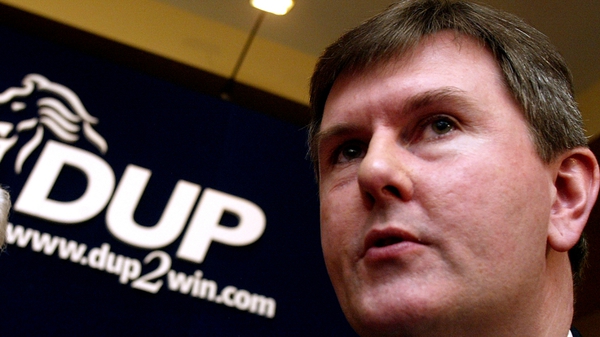