A 50-year-old man has been given a life sentence at the Central Criminal Court in Castlebar for the rape of four of his daughters.

The man, who cannot be named to protect his family, is already serving 14 years for the rape of another daughter.

He is the father of two of her children.

Earlier this year, the man's wife was sentenced to eight years in prison for the cruelty and neglect of eight of their children.

For 18 years, the children in this family were violently raped and physically tortured by their father and whipped and beaten by their mother. Both parents were chronic alcohol abusers.

The couple have 12 children. A number of them were at the court in Castlebar.

Handing down a life sentence, Judge Paul Carney said this case was at the top end of the range of offending given the heinous nature of the acts.

He said he also had to take into consideration the threat to one of the victims by her father, that no matter how long it took, he would one day find her and kill her.

The judge went on to say that the man's dysfunctional background offered little or no mitigation.

At the start of this trial, the man had pleaded not guilty to a total of 271 charges of rape and assault between 1991 and 2009.

But he changed his plea last week and pleaded guilty to 14 sample charges.

The brutality of the abuse and the grotesque of the torture was detailed in three victim impact statements read to the court by a female garda.

They included the stabbing of one girl by her father and the stitching of the wound with an ordinary needle and thread with no anaesthetic.

There were incidents recounted of the girls being tied to trees and horses and in some cases beaten almost to the point of unconsciousness.

The statements recorded details of vice grips attached to the lips, nose and ears of the girls, sometimes for up to an hour.

In a statement, Minister for Children Frances Fitzgerald and the Minister for Justice Alan Shatter said: "We wish to express our shock and abhorrence at the circumstances surrounding the barbaric case of child physical and sexual abuse and rape dealt with at the Central Criminal Court sitting in Castlebar.

"Our thoughts are with the victims who showed great courage in coming forward to the authorities and were thereby instrumental in bringing about the successful prosecution of the perpetrator.

"While not wishing to comment on the specific circumstances surrounding the case, the acts involved were particularly heinous and depraved by any measure of human behaviour.

"The primary concern now is to ensure that the victims have access to the range of professional supports required and that they are helped in every possible way." 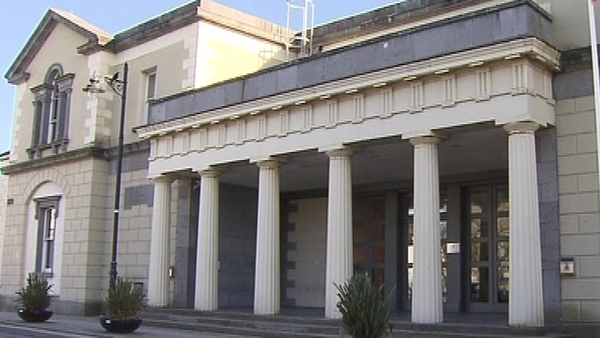