The judge in the Massereene murder trial has ruled that controversial DNA evidence is admissible despite a challenge by the defence.

The soldiers were killed as they collected a delivery of pizza in March 2009.

It is the first time evidence based on a new US DNA test has been admitted in a UK or Irish court.

Dr Mark Perlin, an expert witness from the US, used a computer-based statistical method to assess DNA taken from items in the alleged getaway car, found partially burnt out a few kilometres from the shootings.

He alleged that DNA on a seatbelt buckle was 5.91 trillion times more likely to have come from Mr Duffy than anyone else.

Dr Perlin said samples on a mobile phone were six billion times more likely to have come from Mr Shivers than any other person.

Mr Justice Anthony Hart said: "I am satisfied that the stage has now been reached in the case of this system where it can be regarded as being reliable and acceptable and I am satisfied that Dr (Mark) Perlin has given his evidence in a credible and reliable fashion.

"In the light of this conclusion, I can see no basis under which I could possibly exercise my discretion to exclude this evidence and I therefore admit it in evidence." 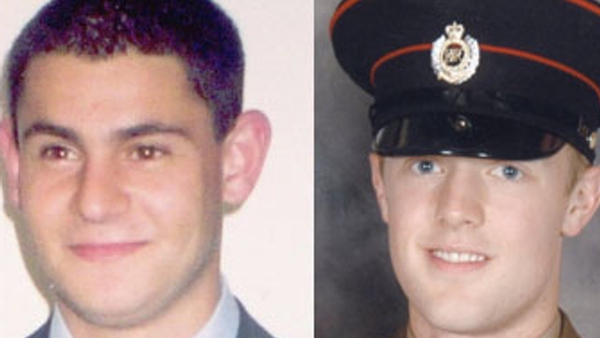