Judge Michael Pastor told the cardiologist he had displayed a "horrific violation of trust" in caring for Jackson.

Earlier this month, Murray, 58, was found guilty of giving the star a fatal overdose of the anaesthetic propofol.

Before his death on 25 June 2009, Jackson was preparing to perform a series of farewell concerts at London's O2 venue, bowing out on an illustrious music career spanning several decades while aiming to restore his fortunes.

Prosecutors asked Judge Pastor for $100mn compensation, which they said Jackson would have earned as a result of the 50 concerts.

They also asked for $1.8m to cover the funeral costs.

Murray sat quietly with his hands crossed as Judge Pastor sentenced him, bowing his head slightly after the jail term was announced.

"Dr Murray created a set of circumstances and became involved in a cycle of horrible medicine," said Judge Pastor.

"The practice of propofol for medicine madness, which violated his sworn obligation, for money, fame, prestige and whatever else may have occurred."

Judge Pastor said one of the most disturbing aspects of Murray's case was a slurred recording of Jackson found on the doctor's mobile phone.

"That tape recording was Dr Murray's insurance policy," the judge said. "It was designed to record his patient surreptitiously at that patient's most vulnerable point."

Prosecutors at Los Angeles Superior Court said Murray has shown no remorse for Jackson's death and has placed blame on others, including Jackson himself.

They submitted a series of post-trial media interviews with Murray on a DVD.

In one excerpt, Murray says: "I don't feel guilty because I did not do anything wrong."

Mitigating, Nareg Gourjian said: "There is no question that the death of his patient, Mr Jackson, was unintentional and an enormous tragedy for everyone affected.

"Dr Murray has been described as a changed, grief-stricken man, who walks around under a pall of sadness since the loss of his patient, Mr Jackson."

Mr Gourjian added: "He is, by every account, immensely sorrowful and remorseful."

Murray blew a kiss to someone in the public gallery as he was led out of the court by security officers.

He could serve half of the sentence because of overcrowding in California jails.

During Murray's six-week trial, the court heard he gave the powerful sedative to the singer to help him overcome his chronic insomnia.

Prosecutors said the use of the drug as a sleeping aid violated standards of care.

The court was told the "inept" 58-year-old doctor, who was due to be paid $150,000 a month for his role, caused the star's death through criminal negligence, depriving Jackson's children of their father.

Prosecutors also said that he botched resuscitation efforts and lied to other medical personnel about his actions.

Murray's lawyers had claimed Jackson self-administered the dose when the doctor left the room. 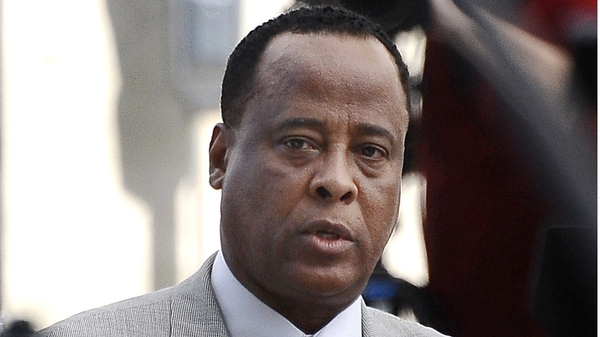 Jackson's doctor not to testify