Comedian Steve Coogan has told a press standards inquiry in Britain that a News of the World investigator had the TV star's personal details in a notebook, including phone passwords and bank withdrawals.

Mr Coogan, best known for his comic character Alan Partridge, also alleged that a former spokesman for Prime Minister David Cameron had used underhand, although not illegal, methods while working at the tabloid.

The actor told the judge-led inquiry into the phone-hacking scandal at the Rupert Murdoch-owned News of the World that in 2009 he had gained access to the notebooks of Glenn Mulcaire, a private detective employed by the paper.

Mr Coogan said that Mr Mulcaire's notebooks, which were seized by police in an investigation that eventually led to Mulcaire being jailed in 2007, contained details of the comedian's phone account and password.

He said they also had notes on how much money he had taken from an ATM, adding: "Somebody must have been looking over my shoulder."

The actor also alleged that Andy Coulson, a former editor of the News of the World, had lured Mr Coogan into a telephone conversation with a woman in the Sunday paper's office to reveal details of an affair, which was recorded.

The comedian said Mr Coulson then personally rang his manager saying they were going to run the whole thing, and the reassurances that lurid details would be left out were just a ruse to get him talking.

"It's like the mafia, it's just business," Mr Coogan said.

Mr Coulson resigned in 2007 after Mr Mulcaire was jailed, although he denied all knowledge of phone-hacking.

He went on to become Mr Cameron's media chief but quit that job earlier this year and was arrested in July.

The News of the World was shut down by Rupert Murdoch in July after it emerged that it had hacked the phone messages of murdered teenager Milly Dowler, whose parents testified to the inquiry in London on Monday.

The first part of the inquiry is looking at the culture, practices and ethics of the press in general.

The second part, examining the extent of unlawful activities by journalists, will not begin until detectives have completed their investigation into alleged phone hacking and corrupt payments to police and any prosecutions have been concluded. 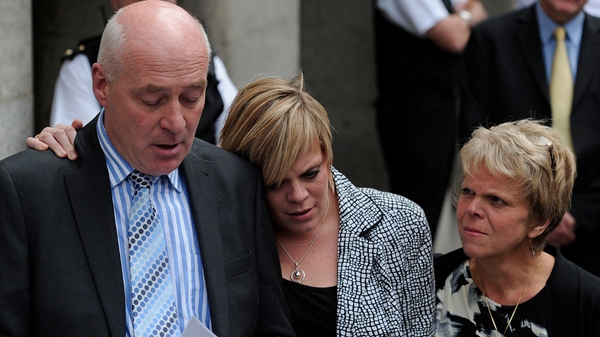